Home Costume Guide How To Dress Like BSA George Michael 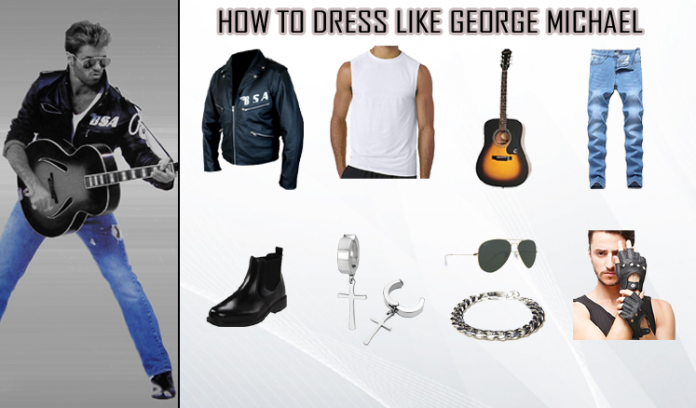 George Michael was a multi-talented and famous personality. (He was born on 25 June 1963 and passed away on 25 December 2016.) He is still remembered world widely and his masterpieces produced as a singer, record producer and songwriter are cherished till now. His work and services provided as a philanthropist present him as a great humanitarian and he is also recognized as a national hero in England ( his birthplace). In the early years of his career, he played his part in the music duo, Wham! The duo brought him tremendous fame and he later started releasing solo albums. His album ‘Faith’ released in 1987 brought him international recognition. In his music video of the album ‘Faith,’ he wears an outfit with ‘BSA’ printed on his leather jacket. This appearance suddenly became a costume and indication of George Michael’s fans. Hence, we provide you with an entire complete George Michael Costume at an affordable range. The package includes a total of nine items to provide you with the perfect George Michael look. 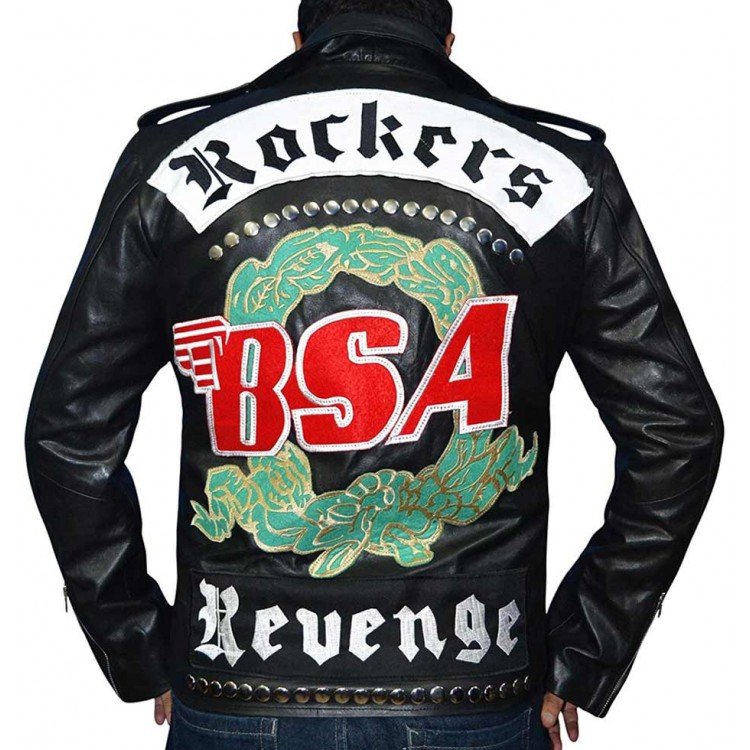 First is the George Michael Jacket which is manufactured from top quality leather and is black colored. The back of the jacket is completely printed with enlarged ‘BSA ‘ in the center. The upper portion is covered with, comparatively smaller in size than BSA, the word ‘ROCKERS’. The word is bold and black colored placed delicately in the centre of a white upwardly curved block. The lower part is printed with the word ‘Revenge’ in white. The white writing upon the black jacket highlights the overall print and gives the wearer a daring, sharp look identical to George Michael himself. 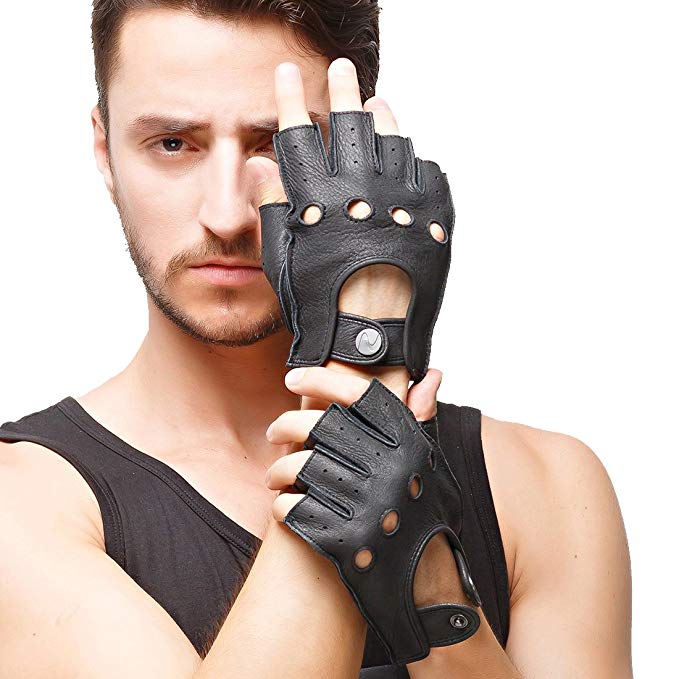 Next comes the Fingerless Leather gloves which are also manufactured with top quality materials. The product is adjustable according to hand palms size hence the wearer is guaranteed comfort and appealing look.

The Classy Glasses are sunglasses with a metallic gold rim thus it not only blocks sunlight but provides a classical appearance. The item is produced with strong materials and is unlikely to break except in conditions when immense pressure is applied. 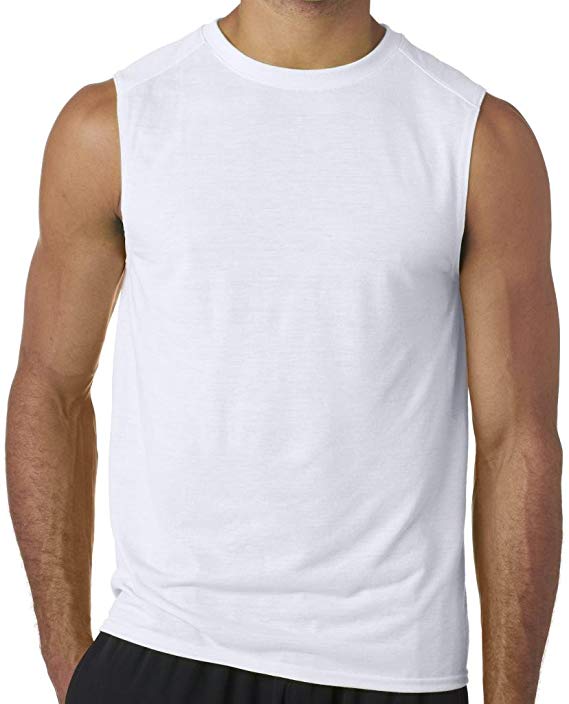 Then is the Sleeveless Shirt which is stitched with comfortable and durable fabrics hence maintains the original look even after a few washes. The top is white in color and enhances the George Michael Costume. 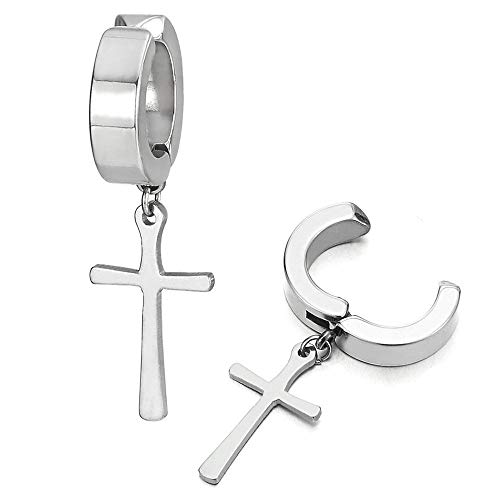 The Cross Earrings appears to be Georges signature style. He is seen to be wearing them for a majority of the time. It is made up of good quality material. It serves as an identification point if George Michaels Costume. 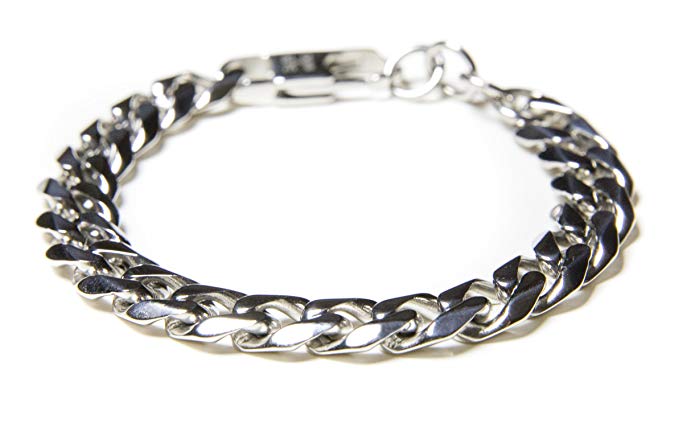 The silver chain bracelet is in Cuban style and as George wears lots of it the item has become a widely recognized sign of being George Michaels fan.

The most important of the items in George Michael Costume is George Michael’s Guitar which is the core of his passion and the foundation of his career in the musical field. Without this stylish acoustic guitar, the entire concept of cosplaying George Michael seizes to exist. This replica of George’s original guitar is made from high standard wood and is a perfect item for passionate guitarists. 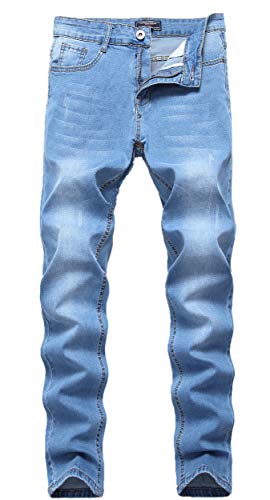 These high-quality denim jeans are not only comfortable but can also be paired up with other outfits and rock every look! 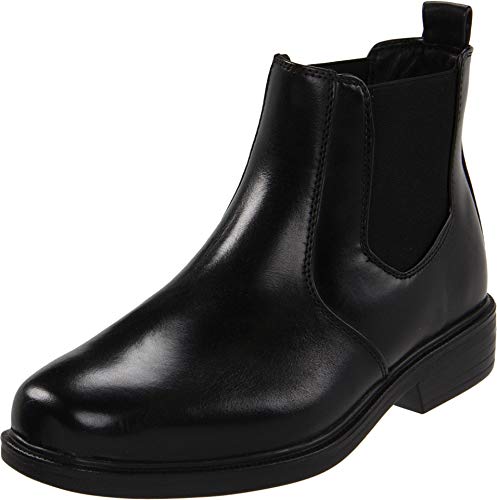 These round-trip high-quality leather boots are easy to wear and classy at the same time. They are exactly the same as what Michael George wore in the video, they complete the entire George Michael Costume. You can wear these black boots with other outfits as well.

The George Michael Costume is complete with all the including products to be durable and good quality. The package could be used to cosplay other personalities and characters. Our website provides a range of Costumes at affordable rates. To do an outstanding cosplay browse our site for various outfits. 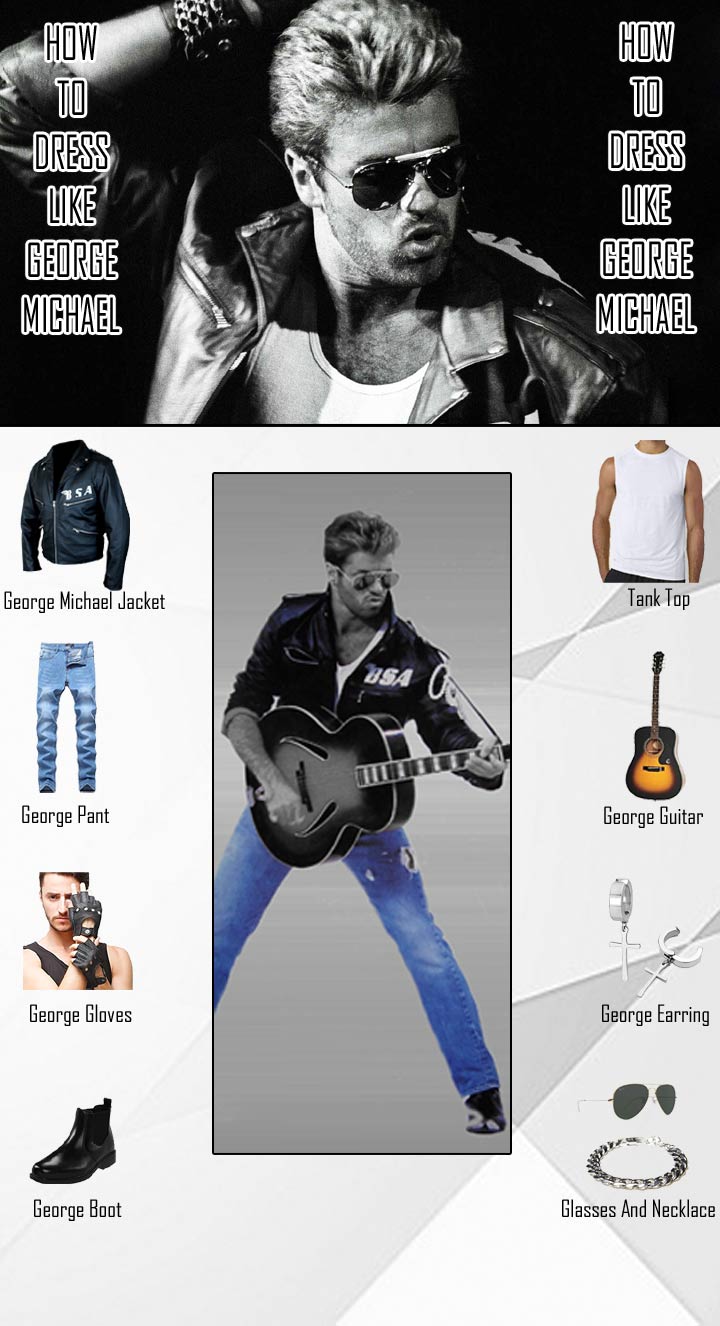 How to Dress Like The Pokemon Sword and Shield Sonia

How to Dress Like Rogue One Star Wars Cassian Andor

How to Dress Like Harley Quinn from Suicide Squad Movie