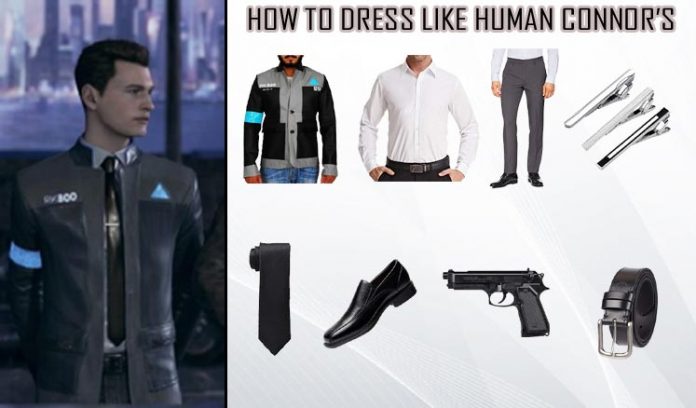 Detroit: Become Human is an action based survival video game which was developed by Quantic Dreams. It was released on 25 May 2018 internationally for PlayStation 4. The game is set in futuristic Detroit located in Chicago,USA. It is situated in a time where mankind has succeeded in introducing robots on a local level. The robots referred to as ‘androids’ serve men in a variety of fields like household chores, medical ,law etc. The story revolves around three protagonists Kara, Conner and Markus. The missions shift alternatively between them all of whom are androids. Conner is a RK800 model of android who serves in the field of law and order. His main purpose is to track down and finish stray androids . However in his journey he discovers a lot of things which are related to him and the cases he has been assigned. Conner RK800 has strong decision power which itself is an extraordinary skill . He is shown to be a curious man with a sense between right and wrong. Despite being a robot, he displays amusing human behaviour. Conner’s unique character and background makes him a centre of attention between passionate gamers. His connection to advanced science and technology contributes more to his popularity. Being a famous choice amongst people worldwide we provide you with the amazing Conner RK800 Costume with high quality products on affordable rates.

Another feature is the RK800 Jacket which has dominantly black and grey. The jacket has two wide black buttons on the front and “RK 800” is printed in bold white letters on the right hand side. It also has a blue strip round its right sleeve and a blue triangle on the left side. This attractive jacket is guaranteed to overflow you with hundreds of compliments on a party night!

The first product available is RK800 shirt which is white full sleeves collared shirt. It has transparent buttons on the front and sleeves. The shirt has been stitched specially to provide the required fitting and stylish look.

Next in the Conner RK800 Costume is the RK800 Tie which is black in colour and is made from a shiny material to add glamour in your outfit. It has a unique minute circles pattern making it stand out from other regular ties.

Rk800 Tie Clip is manufactured top quality metal. Conner has been seen to always wear a tie clip hence it occupies a prominent position in his attire.

To complete your look you must have RK800 Pant. It is a grey coloured straight cut pant which is adjustable. It is a must -buy product!

Now for your pants fitting the Conner RK800 Costume also gives you the RK800 belt. It is made from real black leather thus is long lasting. You can even use it with other outfits.

One definitely cannot become Conner without having the RL800 Gun which has a very realistic appearance. Also it is the exactly like the one used in the video game and is heat as well as pressure resistant.

The last product included in the Conner RK800 Costume are the highly comfortable RK800 shoes. Having a slight flat heel, these RK 800 shoes will not only complete your costume but will also give a classy look with a number of other outfits. Unlike regular varieties available in the market, these RK 800 shoes are highly durable. 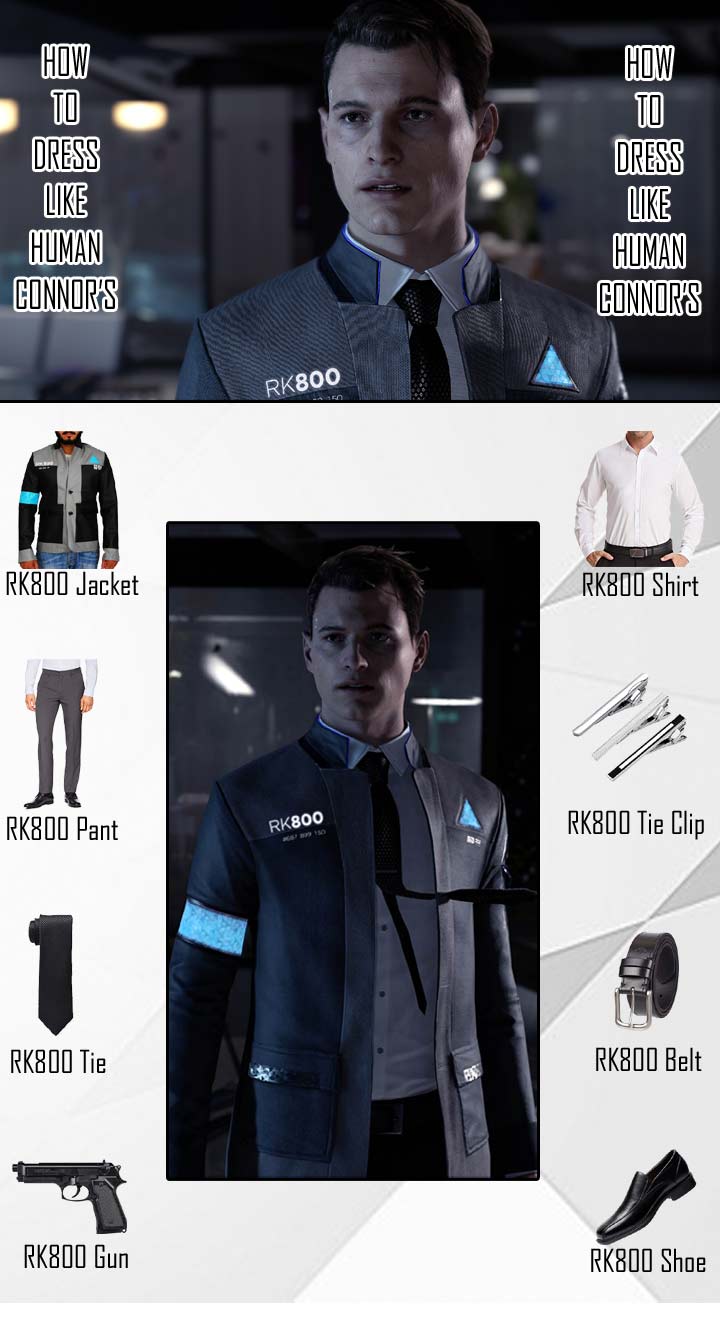