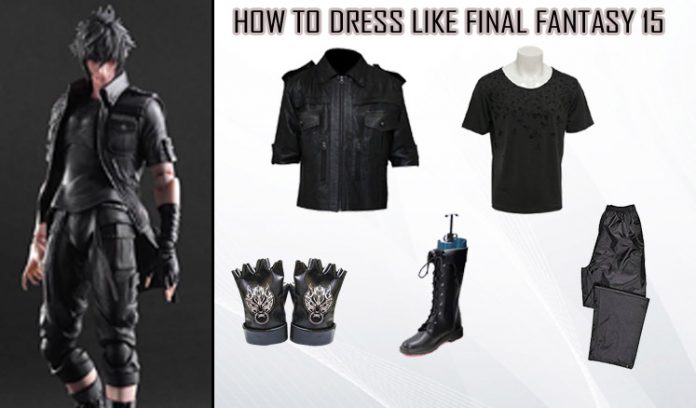 Final Fantasy XV is a Japanese thriller video game in which the protagonist Noctis Lucis Caelum defend the empire from Niflheim attacks. Noctis is the crown prince and protector of the empire Lucis. Following his father ways he fights side by side with other warriors in the war against Niflheim. The aim of the enemy is to take control of the magical crystal, a precious possession of the Lucis empire.
Noctis being the leading character and a brave outstanding warrior takes charge and is able to unleash the ” Power of Kings”. This unique ability helps him summon weapons during attacks. The game story sets in the capital city Insomnia . Although Noctis political position and his special powers are themselves the highlight of the character but it is his striking appearance which makes him stand out. To cosplay Noctis, one can easily find the required items in our Noctis Costume at very reasonable and affordable rates. 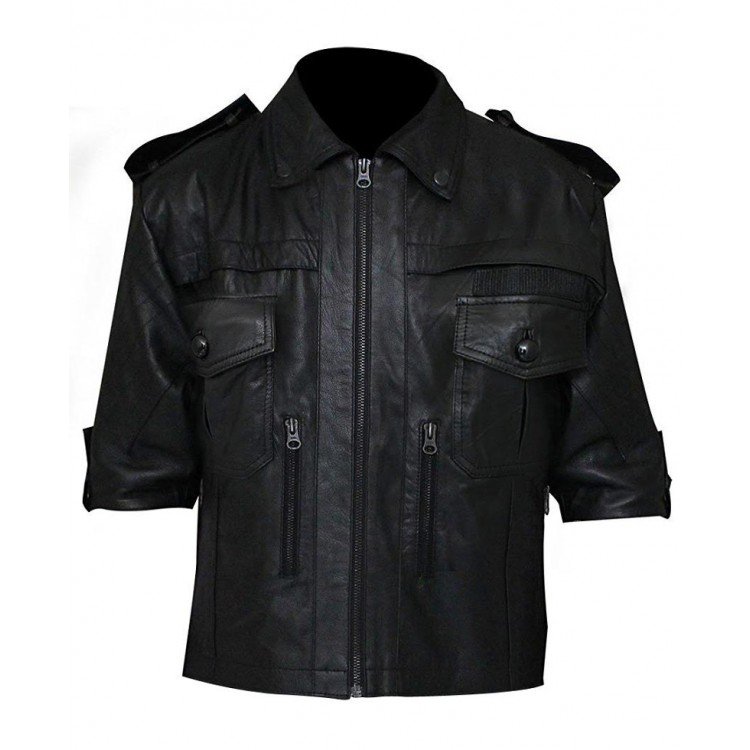 First in our Noctis Costume is the Final Fantasy Noctis Jacket. The jacket comprises of various features and is specially designed to perfectly depict the character. It has a shirt collar with snap tab button and blissful shoulder straps.
It has many pockets including two flap pockets on chests and two more zipper pockets. The jacket is half sleeves and is manufactured out of top quality leather. It also has a cutting through the front below the zipper to give the jacket an attractive look. 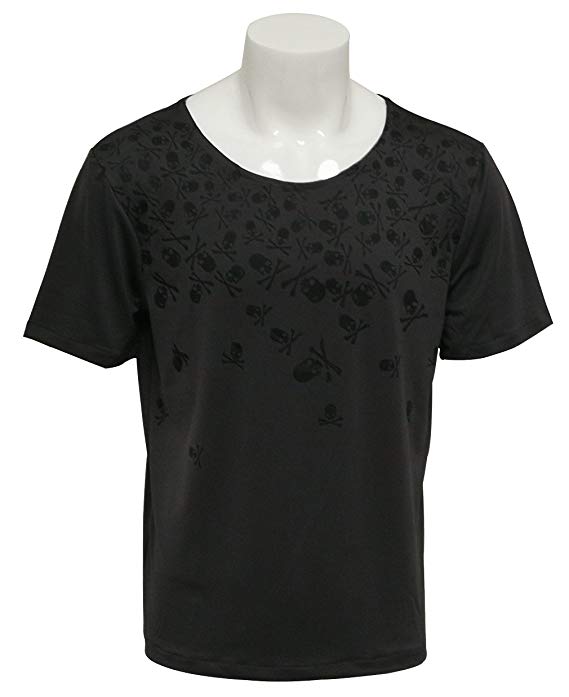 Next is the Noctis T-shirt which is tailored from the most comfortable and quality fabric. It is black in colour with spots of darker shade in front. The shirt has quarter sleeves and a U shaped neckline to ensure wearers comfort. 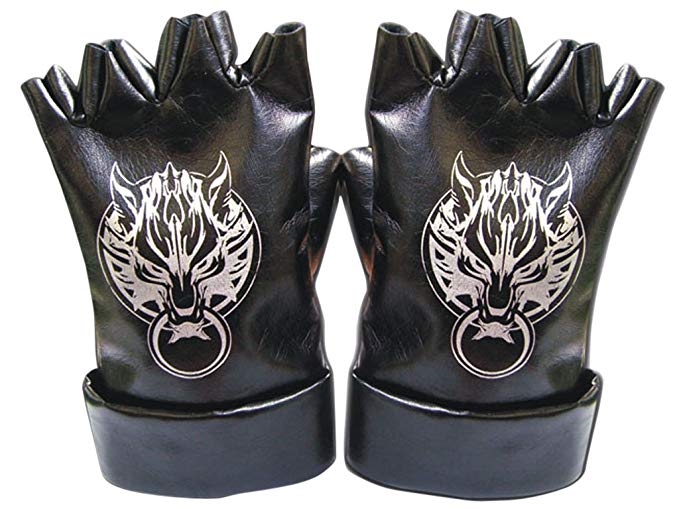 The Gloves are the third item available in our Noctis Costume. They are finger less and have a tiger face designed on the front. Also it too is made from the good quality leather so that it is long lasting. These gloves are a speciality of Noctis’s attire and are a symbol of the royal blood prince.

The Noctis Costume also provides Noctis Trouser which is designed to give the warrior effect on the wearer. It is black coloured and is produced from a stretchable material. Also the waistline is adjustable to suit the wearers comfort. 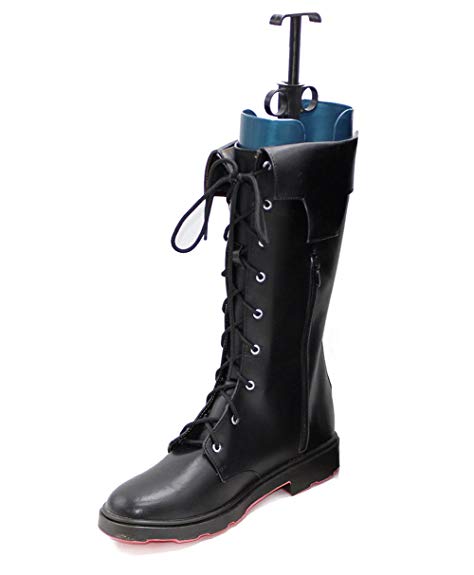 The last and perhaps the main feature of the Noctis Costume are the Noctis shoes which are knee high boots and made from pure leather. The boots have zippers on the sides and an inner lining to prevent any kind of irritation. These boots are the most eye catching item of Noctis’s outfit and makes him a stand out when among his allies.

The Noctis Costume accessible at our website covers all the important clothing items in order to dress as Noctis and impress the Final Fantasy Fandom. 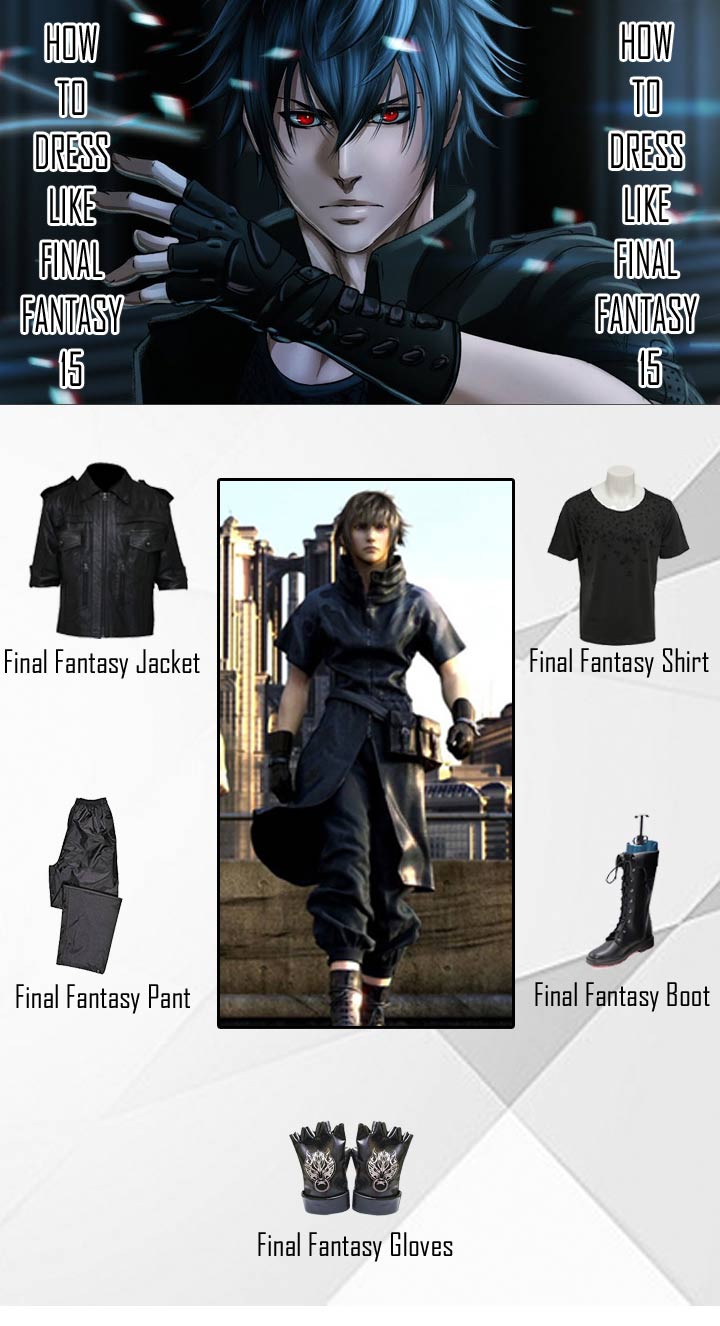