Home Comic Con Costumes How to Dress Like Rust Lord 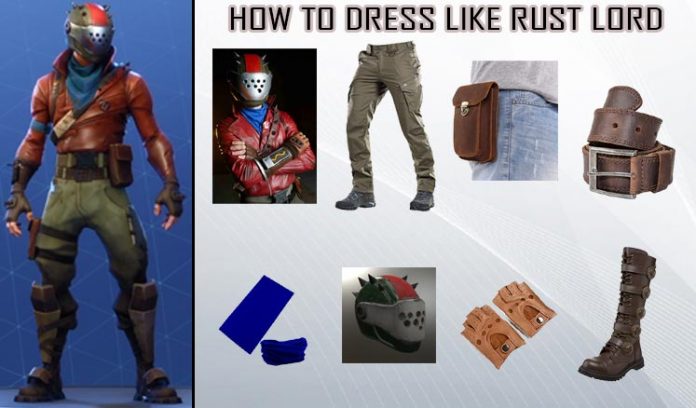 Released in 2017, Fortnite is an online video game that has become a sensational obsession amongst young as well as mature players.
In this online video game, the players coordinate and collaborate in order to survive in an open environment. The battling is either controlled by the game or other characters. It features fighting zombie like creatures, and teaming up with other characters online. One of its modes, ‘Fortnite Battles Royale’ gained immense popularity. In this mode, 100 players can enter a game and compete individually, pair up or form squads of four. The winning rule is simple; the one who survives, wins. Fortnite is known to have developed a bunch of positive qualities in children like teamwork, dexterity and fast reactions.
Rust Lord is also a well known and much admired character of Fortnite. This character is much similar and inspired
from the Marvel superhero Star-Lord as portrayed in the Guardians of the Galaxy movie. He makes living by salvaging items and selling them for profit. His outfit, in particular, has a significant importance in both the game as well as fan’s views. It represents his rarity level. In fortnite, it is a male-only outfit. He wears greenish dark pants and rustic maroon jacket with a blue scarf with a closed steel helmet. However, here we have compiled such a Rust Lord Costume guide, that it can be worn by all! 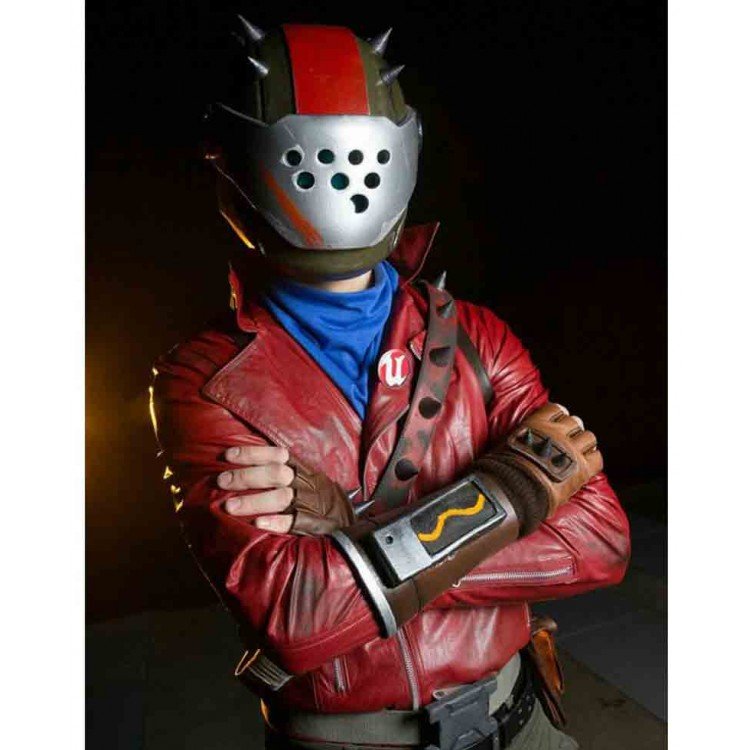 Basic material of the jacket is genuine leather. The perfect hue of red stands as the identity of the character. It has long sleeves and soft inner viscose lining making it ideal for winters. The jacket possesses a classic style collar with zipper style closure making it a fashion statement. It also has outside zipper pockets which increases its functionality. This costume is a must for the Rust Lord Costume. 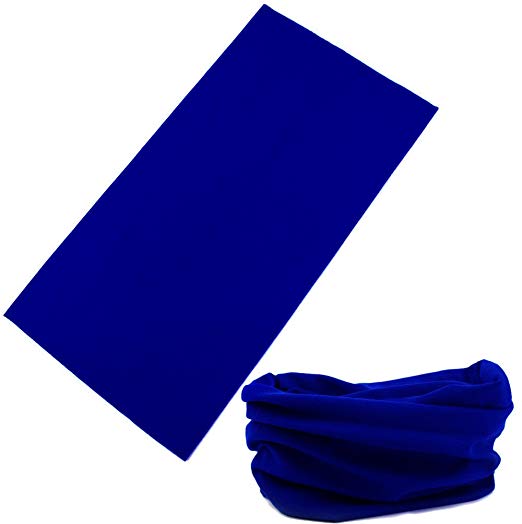 There is a blue bandana which is perfect for this cosplay. It is made up of highly stretchable,lightweight polyester material. This makes it extremely versatile and comfortable at the same time. It absorbs sweat easily and it can be worn for hours during intense physical activities. 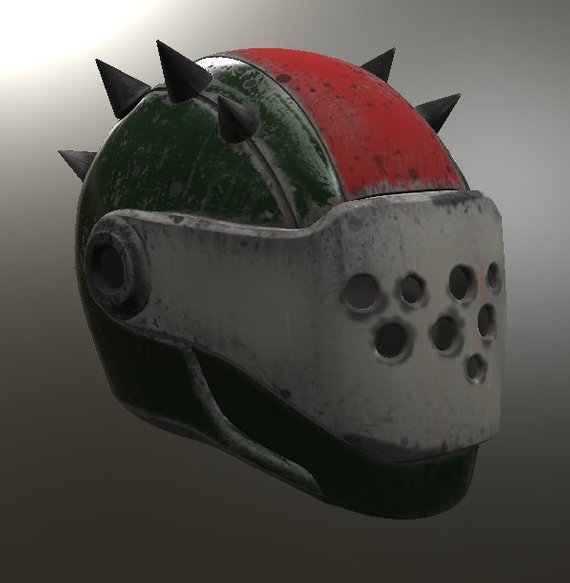 Rust lord helmet is a must have for the rust lord cosplayers. It is the key feature of the character. Based on a game themed style,this helmet is an essential to complete the attire. 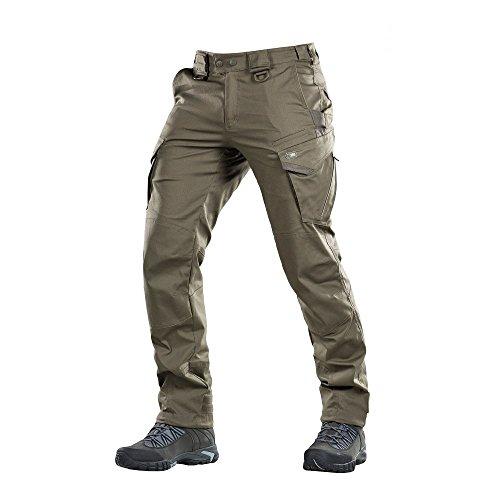 This particular costume can not be completed without rust lord pants. These pants are made of fabric which is 98%cotton and 2% elastane. There are many different size of pockets in it making it more stylish and multi purpose. 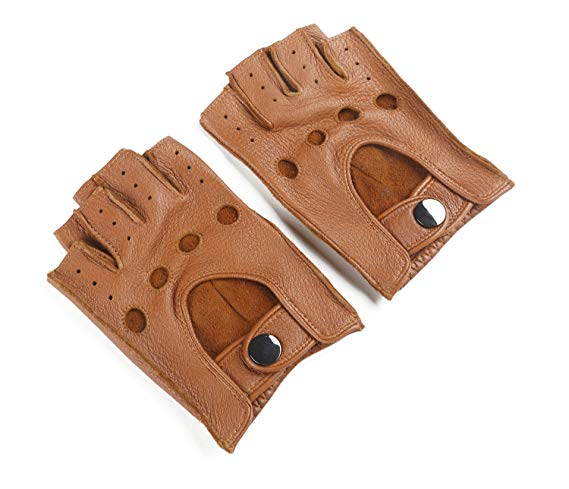 Rust lord gloves are made up of deer leather skin and are fingerless. This makes them a perfect fit for the character. 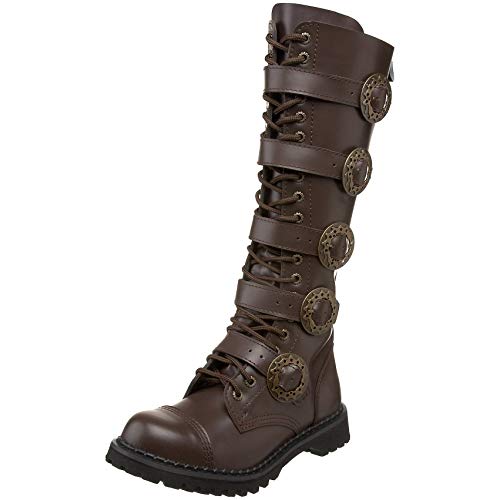 The boots are steampunk knee high leather boots. They posses heels of one or one and a half inch. They mostly come in men’s size. 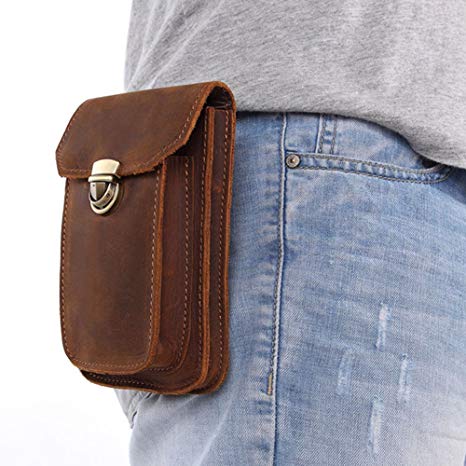 The hip bag is simple old fashioned waist belt pouch. It is made up of genuine full grain crazy horse leather. 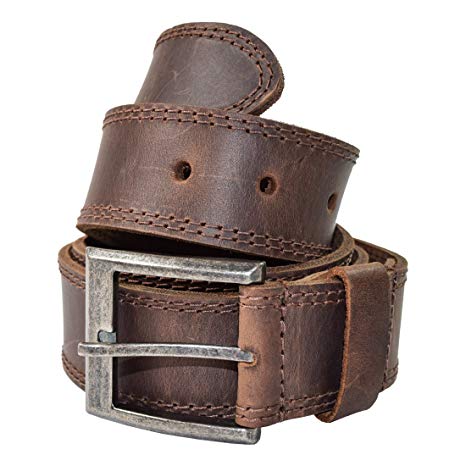 The belt is durable long lasting double stitch leather belt. It looks really classy and adds a touch of finesse in your costume.

How to Dress Like Blade Runner Movie Rick Deckard Costume