Home Costume Guide How to Dress Like Game of Thrones 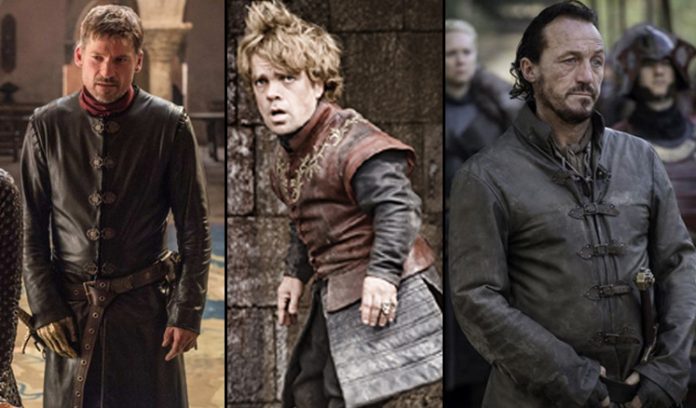 Game of thrones, being one of the most popular drama series has become a household name after its immediate release. Based on the series of ‘A song of ice and fire’ written by George R. R. Martin. The first episode of Game of thrones premiere on HBO in United States of America on April 17, 2011. The series has successfully completed seven season with its eighth and final season being set to release in 2019.

Game of thrones known for its complex storyline, violence and killing it famous characters and breaking hearts of the audience is famous among fans spread all around the world for its complex plot lines, twisted characters, story and scope. The story of Game of thrones revolves around the seven fictional kingdoms. The series depicts the struggles among the kingdoms of noble families for the iron throne. Some fighting to reach it while other fighting for independence from it. With an additional threat of the army of dead, the white walkers. 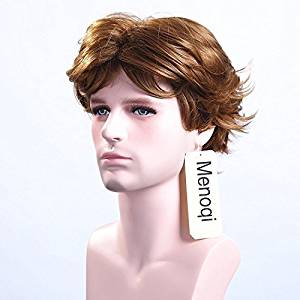 To get the look of Tyrion Lannister right you need to style up your hair just like him as Lannisters are vastly know due to their hair color. Get this wig to give yourself necessary volume and color needed to perfect the look of ‘the imp’. 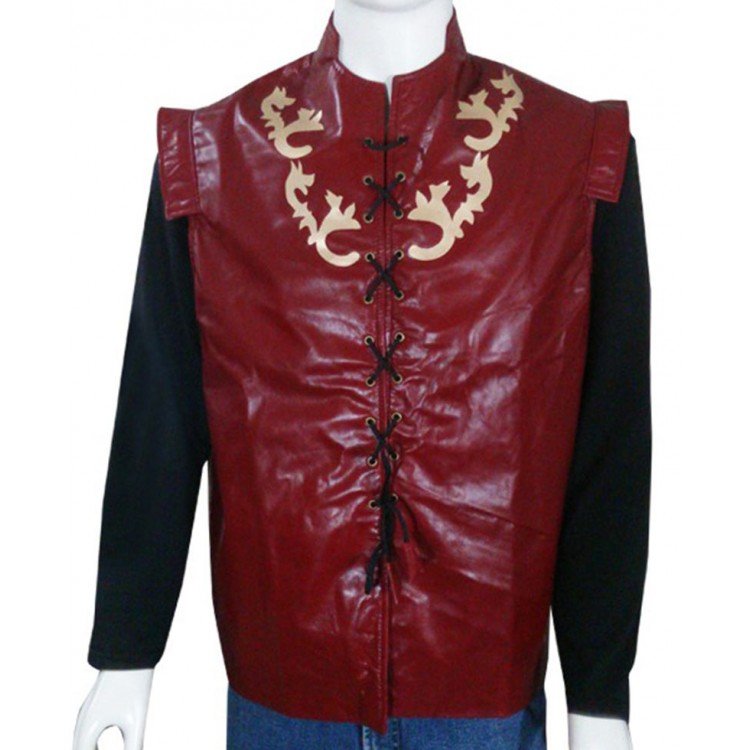 This tyrion Lannister vest made of leather is what you will be needing next to imitate your favorite game of thrones character. This vest features the dragon embedded neckline and drawstring closing that gives this vest an authentic Tyrion Lannister touch. Combined with inner viscose lining and mandarin collar this vest is a work of sheer perfection.

These sturdy boots are the closest looking to the boots that are worn by Peter Dinklage as Tyrion Lannister in his Game of thrones outfit. Made of synthetic material and sole is the best available choice for Tyrion Lannister costume 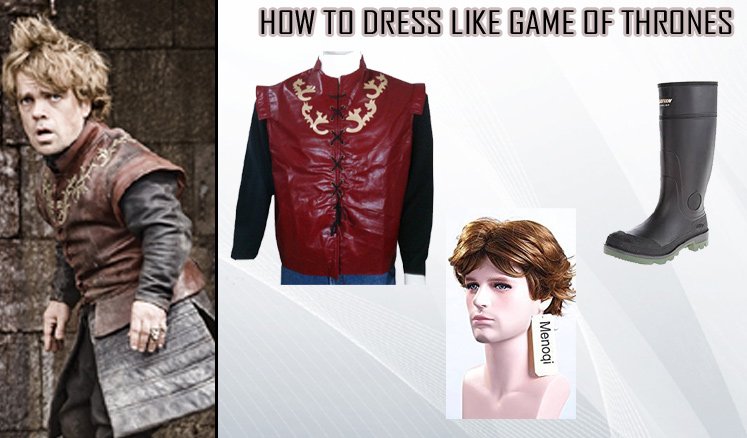 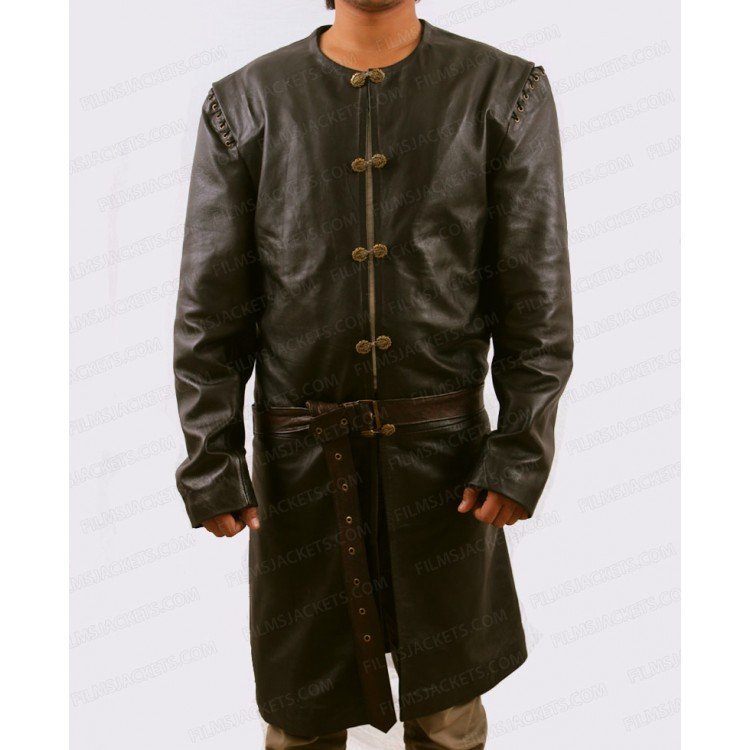 To attain the look of King Slayer, Jamie Lannister from the Dragon stone episode you need this jacket made of high quality genuine leather and inner viscose lining to ensure your comfort. This jacket features round collarless neck, front closing and full sleeves. 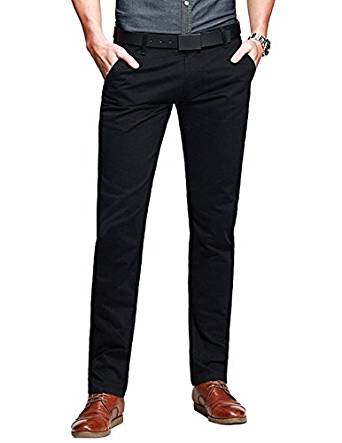 Match your jacket with these men’s slim tapered flat front casual pants. These pants are made of 100% cotton and are comfortable enough for you to wear. These pants can go with other costumes and everyday attires of your for its sleek and clever looks.

To show his Lannister affiliation Sir Jamie Lannister wears a red scarf that peeks above his doublet. This beautifully red scarf with its classic style is made of viscose and is super smooth to touch. Add this scarf to grace your closet and add color to your sweaters and vests. 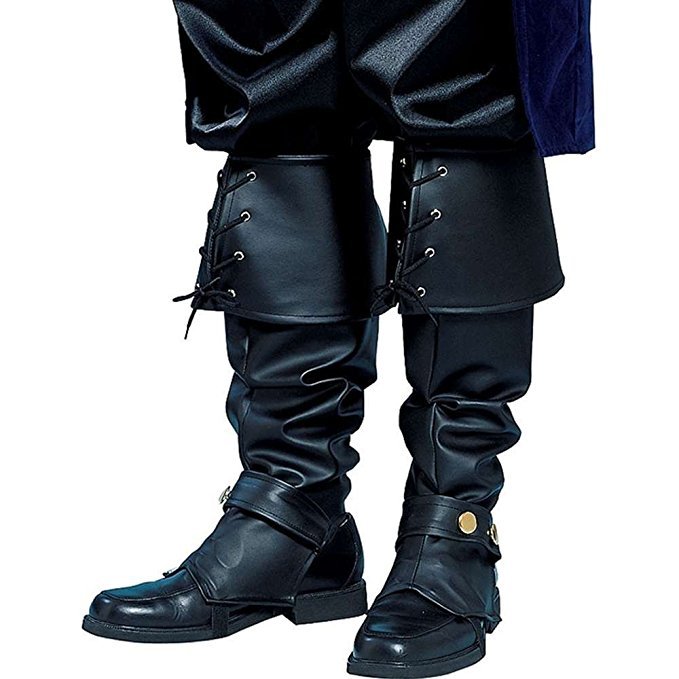 These classy deluxe pirate boot tops are just the right style for the game of thrones costume of Jamie Lannister. Why buy expensive shoes for just a day? Instead buy these boot tops to give you the prefect appearance of long boots necessary for the costume. 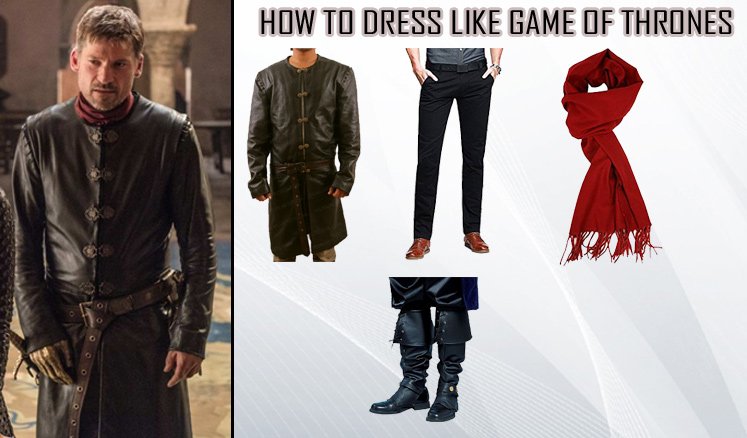