Home Costume Guide How to Dress Like Overwatch Soldier 76 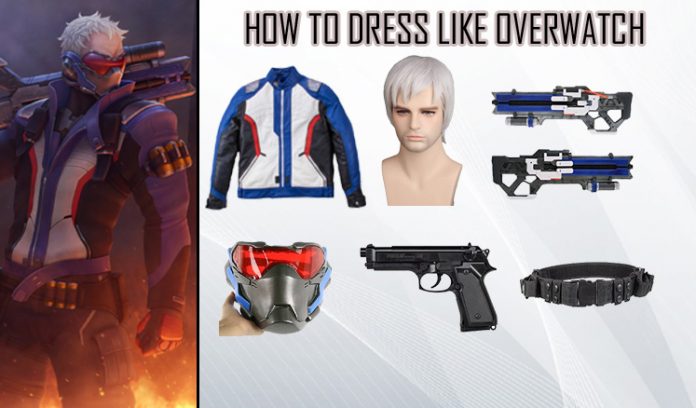 Overwatch is a multiplayer first-person shooter video game developed by Blizzard Entertainment. It’s a team based game where players are assigned into two teams of six and each team will select from the list of character know as heroes. Jack Morrison is one of those heroes. He is a soldier-turned-vigilante and simply goes by the name of Soldier: 76. He is also the founding member of overwatch which is an elite combat group that fight against Omnics, the robots.

The character of soldier 76 is always seen in a facemask with a visor. He is armed with experimental Heavy Pulse Rifle that fires Helix Rockets. He has numerous abilities like forward running without any limit, knows his workaround with biotic field that regenerates the health of allies and tactical visor, which automatically tracks his enemies in the line of sight.

Five years later, however, following a series of attacks against Overwatch facilities, stealing weapons and advanced technologies. He wages a personal war to expose the reasons behind overwatch’s collapse.

Get the look of this soldier turned vigilante by following our guide. 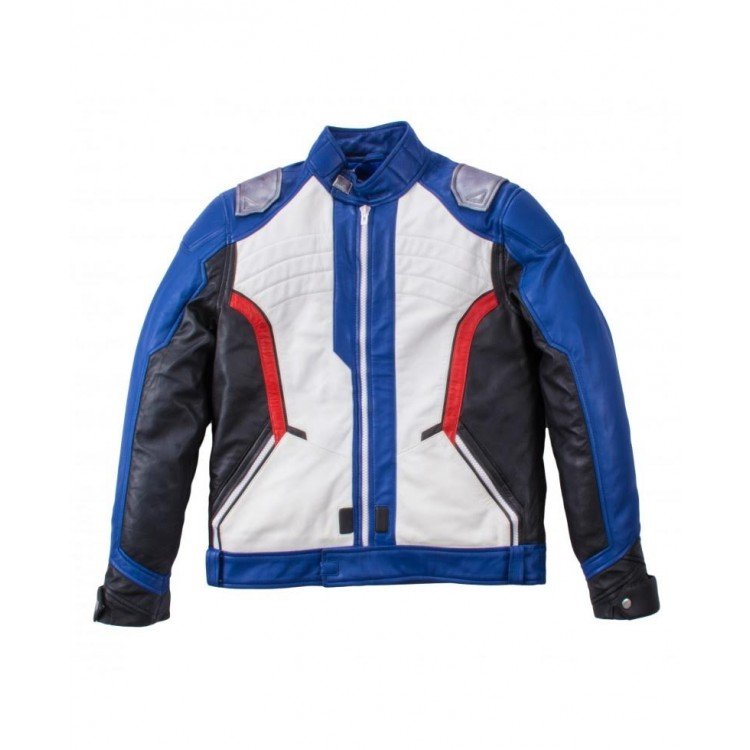 Some styles are ought to live longer than others – and this awesome jacket inspired by overwatch soldier 76 costume made with high quality leather is set to live forever! You can’t overlook the multicolor darker tones of blue, dark blue, and black. This jacket with viscose lining, snap tab buttons on hem, full sleeves and Red and blue stripes is the exact mirror of what our very own soldier 76 jacket look like. 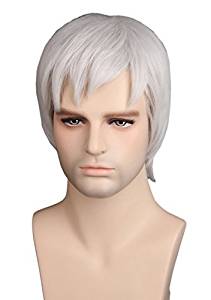 Get soldier 76’s signature white locks with this wig. This wig comes with a free cap and is made of high quality material. 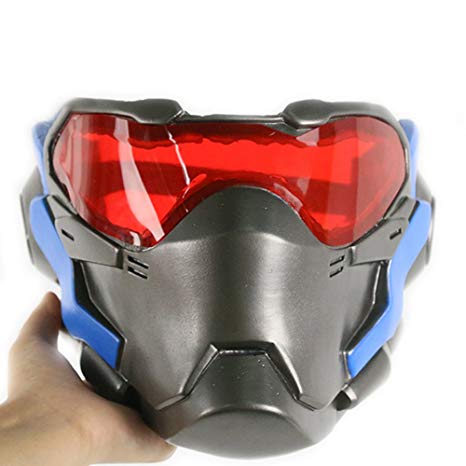 This helmet worn by soldier 76 in the overwatch is made of high quality of PVC, which gives it both sustainability and durability. This helmet is light and comfortable to put on. If you compare this helmet to the helmet shown in the game, you would see that there is almost no difference and it is a major part of soldier 76 costume. 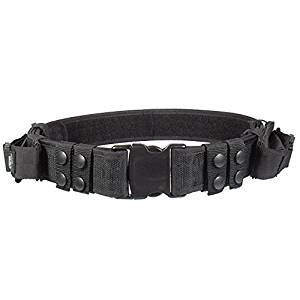 Soldier 76 surely know his way to use weapons like guns and all. This utility belt is a part of overwatch soldier 76 costume’s armory. Apart from having pouches to keep your stuff, this belt features tactical gear, holsters and magazine pouches. 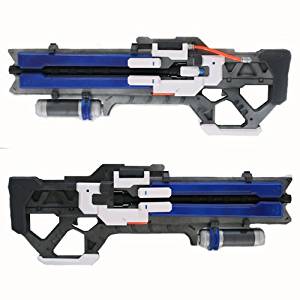 Get this amazing Soldier: 76 costume weapon Cosplay Prop to get an authentic look of Soldier 76.

Get the subtle and supple looks of amazing Soldier: 76 in the overwatch soldier 76 costume and be a vigilante for a night.

Our soldier doesn’t really count much on having just one gun so he keeps his backups like this amazing pistol. 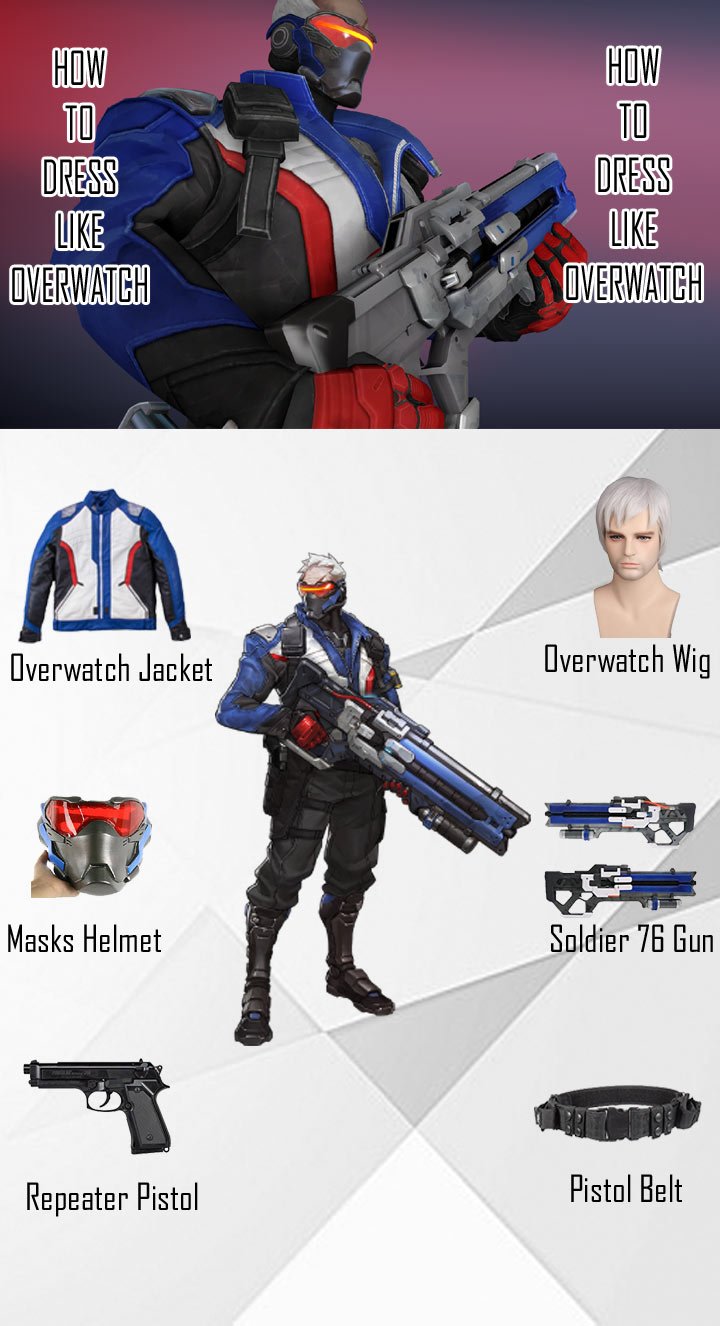