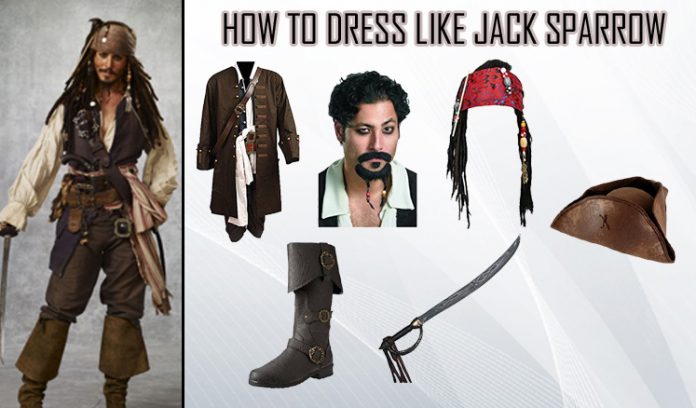 No one’s unknown to the name of notorious pirate and a heartthrob Captain Jack Sparrow. Played by the versatile actor, Johnny Depp. Depp is seen playing the character of charming, adventurous and down to his-own-luck pirate Captain Jack Sparrow in the Smashing hit franchise Pirates of the Caribbean. Pirates of the Caribbean is barely a movie at all, it’s a whole new universe of pirates, magical compasses and mysteries. The madcap visuals combined with the scapegrace performance of Johnny Depp added up to something fresh.

Captain Jack Sparrow’s character is quite popular among his fans for his quirky style, exuberant charm and his ability to turn the winds into his own favor. The dressing style of Captain Jack is pretty famous among cosplayers as who don’t want to look like the greatest pirate that world has ever seen?

We’ve compiled the complete guide to look like Captain Sparrow, his lady love Angelica for whom he confessed to possess ‘Stirrings’ and the costume of Davy Jones (with those tentacles) 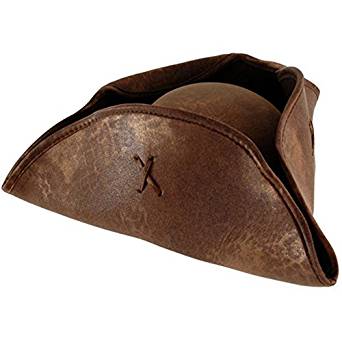 If you know Jack Sparrow, You must know that his pirate hat is his most loveable and beloved possession besides Black Pearl of course. Nothing can beat his love for Black Pearl. This Beautify tricon hat is made of deluxe, distressed faux leather and is combine with elastic sweatband and is an officially licensed product by Disney. 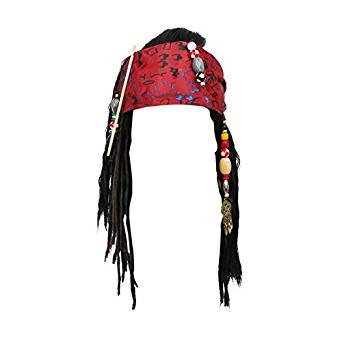 Sparrow’s Signature hairstyle with a head band makes him look every inch of a pirate. This wig is made of 100% Kanekalon Synthetic Fiber and it comes with a stylish Red bandana, hair stick beard, beads and dreadlocks. It’s strong and long lasting. 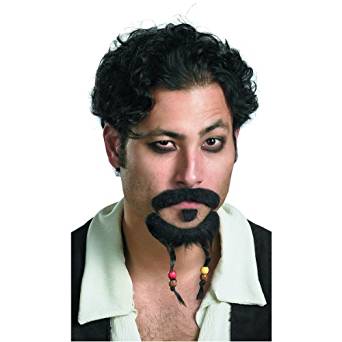 We dare you to grow the mustache and beard like Captain Jack! But will you tie the ends with Hair beads? Bad idea. We’ve got you covered fellaws. This mustache and goatee accessory is made of 100% polyester and will provide you with a good disguise. 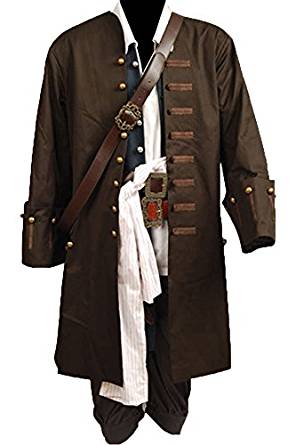 We’ve got you all of the costume’s items at one place. No need to collect everything separately this outfit includes Jacket, Shirt, vest, pants, 3 pieces of belt and a sash. All you need to get into Captain Jack’s avatar is a pair of boots. 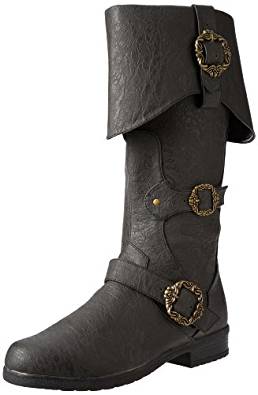 This cool Outfit deservers a pair of cool boots! These boots are made of Synthetic sole and quality material and inside side zipper. 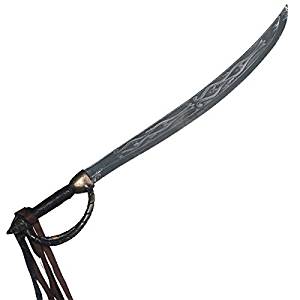 No matter what the outfit, you can never be a pirate without a sword. This slightly curved blade sword is made with plastic but gives a genuine impression. 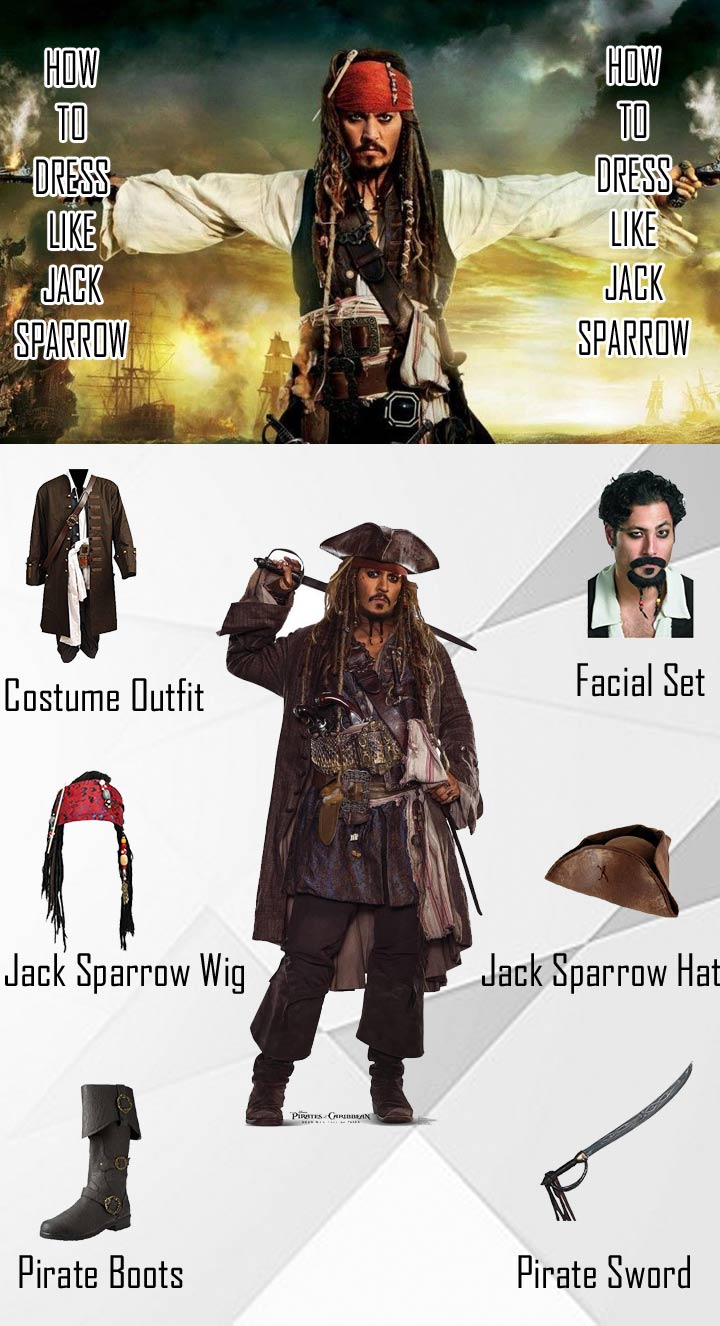