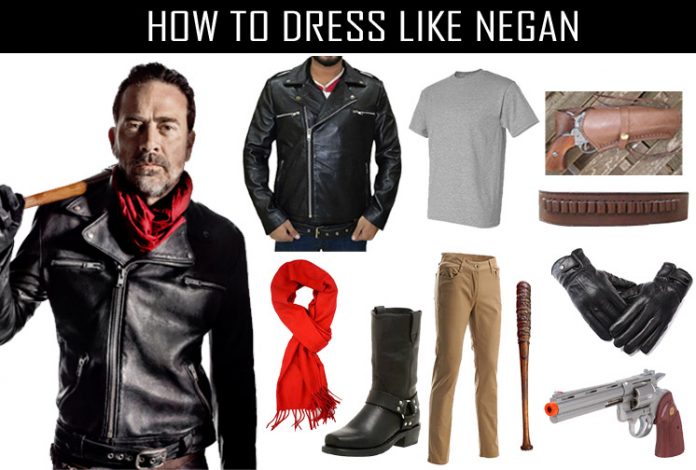 When it comes to killing, Negan is brutal and enjoys the thrill of opposition. As the undisputed leader of a group of survivors called the Saviors, the character Negan from both the comics and television series Walking dead, played by Jeffery Dean Morgan is a brutal and violent man. He lives with nearly 6 dozen of other survivors in an abandoned factory in The Sanctuary, who subjugate other communities of people for protection in return for protection from zombies. He is brutal, uncontrolled in his killing and he takes what he feels is his due, then take some more just because he can. However, underneath this madness is a keen intelligence, reasoning and even compassion though mostly to serve his own purpose. He’s feared but also respected by his followers. He’s blessed with a wicked sense of humor. His weapon of choice, named after his late wife, is the barbed Bat. In all, Negan has the personality and traits of a modern king and he’ll make sure to rule unopposed.

If you are here looking for a cool look to play, get this look of Negan and make an unforgettable appearance is sass and Style with this killer costume. 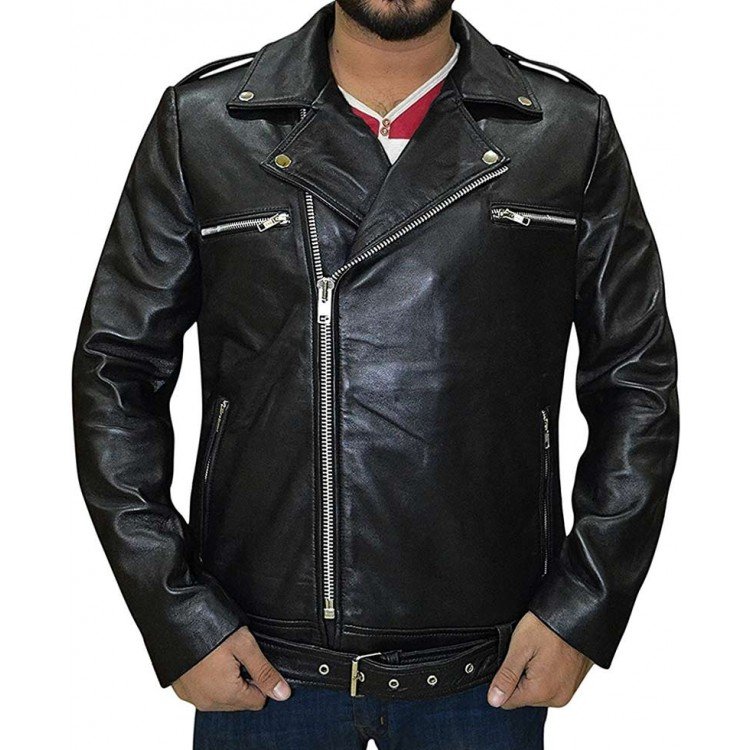 Suit up for a Zombie attack with a Men’s classic leather Motorcycle Jacket. The motorcycle jacket that Jeffery wears in the walking dead for his role of Negan is all black and made of leather. The jacket is custom made for the show, but we are here to cover you. Get this jacket made with Leather, all in black with soft viscose lining. Along with Negan costume, live your bikers dream as well. 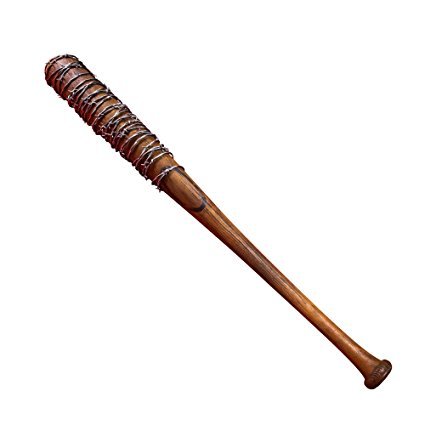 Get his weapon of choice, the baseball bat wrapped in barbed wire. You can name it after your wife as well? We won’t recommend it, though. We’ve got you a life sized replica, made with plastic along with barbed wire wrapped barrel. We’d suggest you to showcase it in on your wall when you are not using it. Just to creep people out. 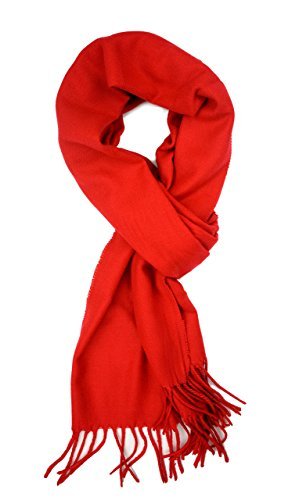 The scarf worn by Jeffery Dean morgan in the walking dead is a must to have with Negan Costume. This scarf is 100% acrylic with super soft Cashmere feel. This scar will keep you warm and will enhance your bad ass charismatic look amongst others. So you would not want to miss this classy deal. 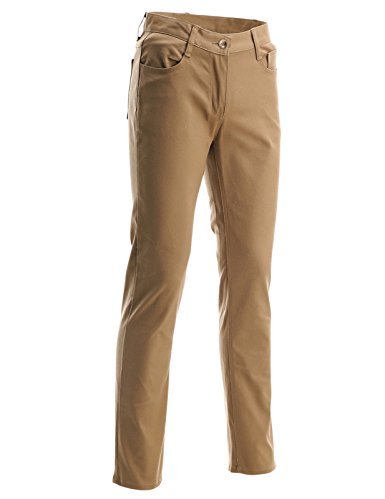 Next up is straight fit jeans. Negan is always seen in his classy Chinos, that highlights his rough-tough persona. These pants manufactured using Premium Twill Cotton with stretch fabric are almost similar to what Negan wears in the show. Get this classy full-length pant for men for a rough-tough appearance and. After all, it’s his craziness and style we all are fans of. 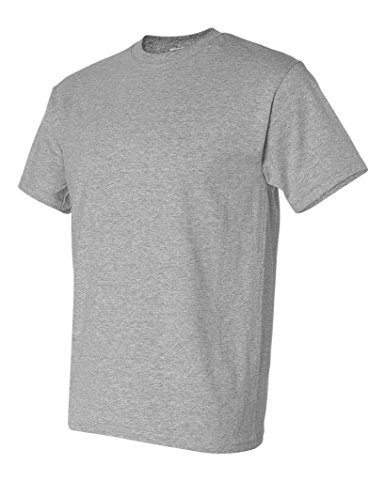 Darker stuff for dark personalities. Here by dark we mean Negan-dark.Grab this shirt to make yourself look a legitimate evil psycho like Negan and it will also go with your day-to-day casual look.

Negan’s style a bit – different. He’s a kind of guy with different fashion sense, for him badass means badass and to keep his badass look lit, he prefers to wear gloves to keep his hands clean of the blood and mess he makes with his holy bat Lucille. And he’s more like a leather person anyway. Grab these gloves made with sheep-leather as it’s a must have partner-in-crime of Negan costume. 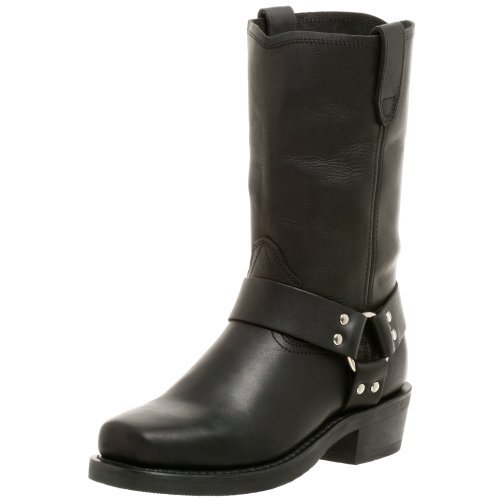 We expect nothing less from our very own badass Negan. Either its killing an enemy, or dressing for the day. He does it all with his badass style. He wears bike boots that compliments his personality and his biker jacket as well. Grab yours from here, we got ya!Biker Boots, Check!

Just look at this Genuine Leather .38 Caliber Cartridge Belt. Something, crafted for Negan and our Internal Hidden Killers and Zombie fighters.Pair it up with the following Hosltes and Revolver to complete the Negan Walking dead Look. 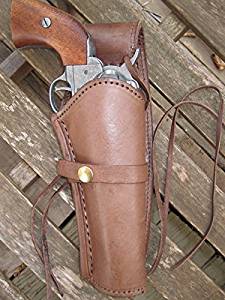 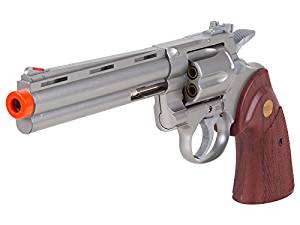 When Lucille can’t handle it, he sure keeps a backup plan. Get this revolver, fake, but looks real enough to creep people out.

All items check? Now you are ready to Rock the Negan Costume with your Killer instincts. Dress it up and Viola. You now look like a gangsta’. Behave like one, go crazy, go wild, have fun! 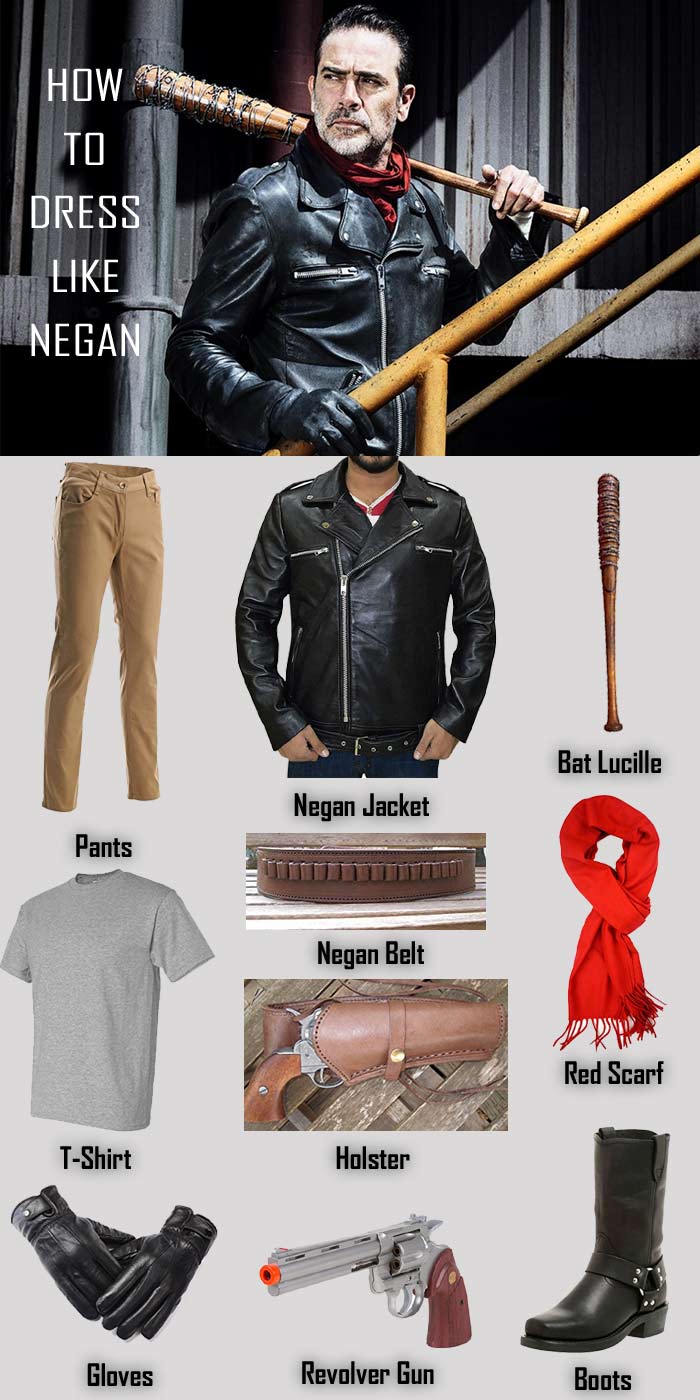