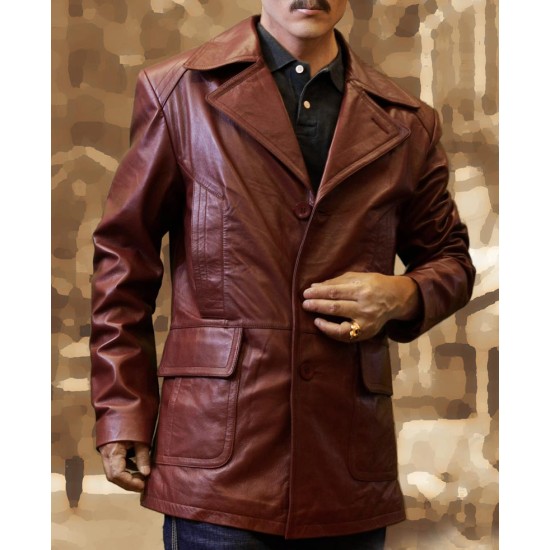 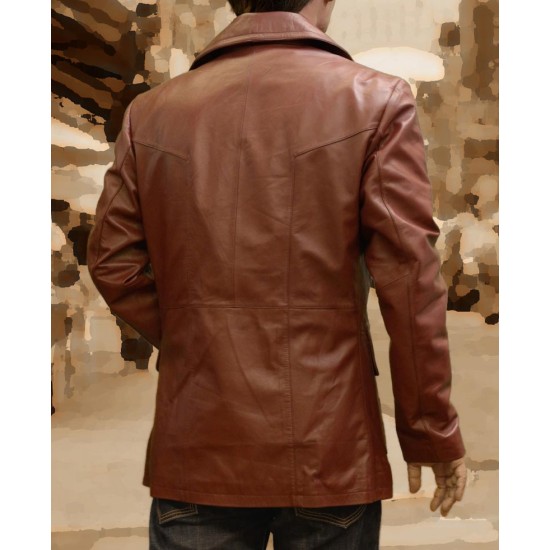 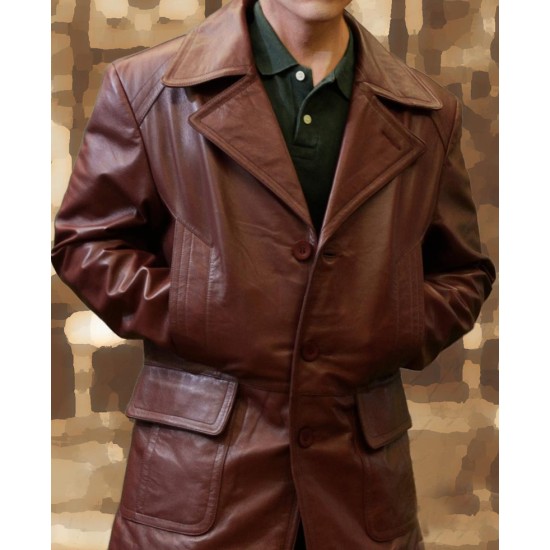 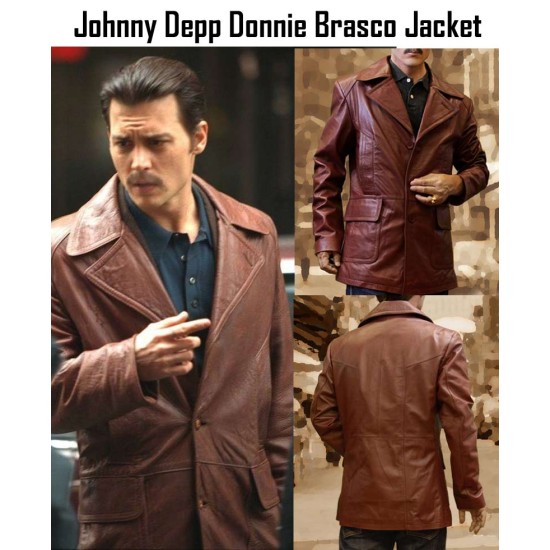 When super hero Johnny Depp appeared in Donnie Brasco Leather Jacket he became number one most wanted star. He depicted the role of Joseph in famous American crime drama type film named as “Donnie Brasco”. The presence of Johnny insisted the viewers to see the movie again and again. The genuine leather is used to make the outer cover. The brown color of the attire has enhanced charm. Donnie Brasco Johnny Depp Jacket has lapel neckline. You will use buttoned frontal shutting. Two pockets along with two large size flapped pockets are present on front part. Both sleeves are prepared in large measurement. When you wear it everybody impressed by you. The simple open hem cuffs are looking amazing. Do not think more and buy this master piece at once. Donnie Brasco Joseph Jacket will make your façade endearing and unforgettable.