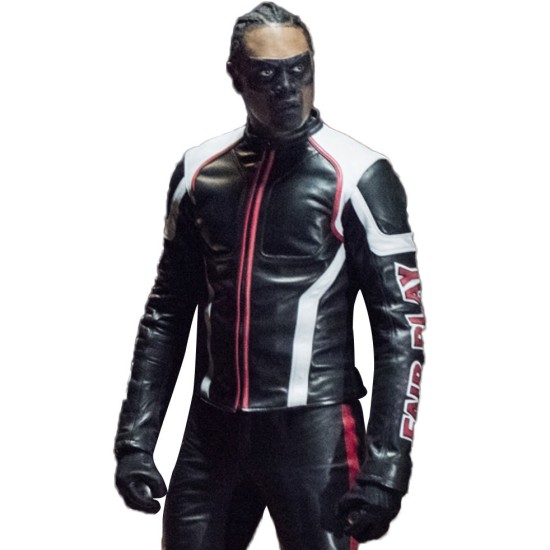 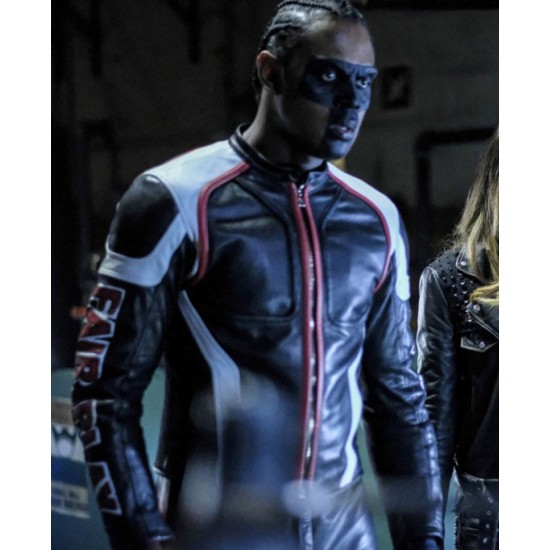 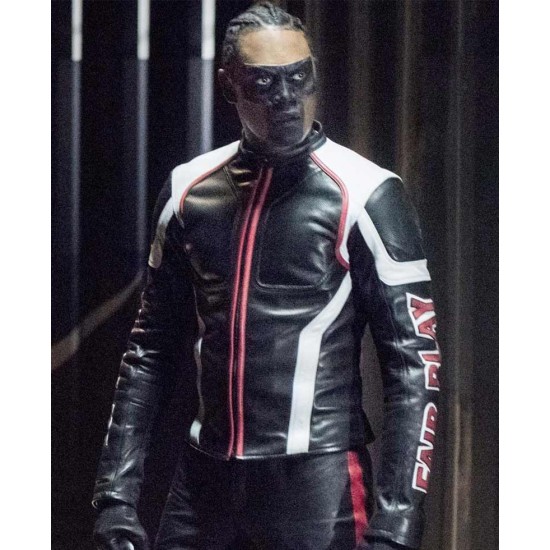 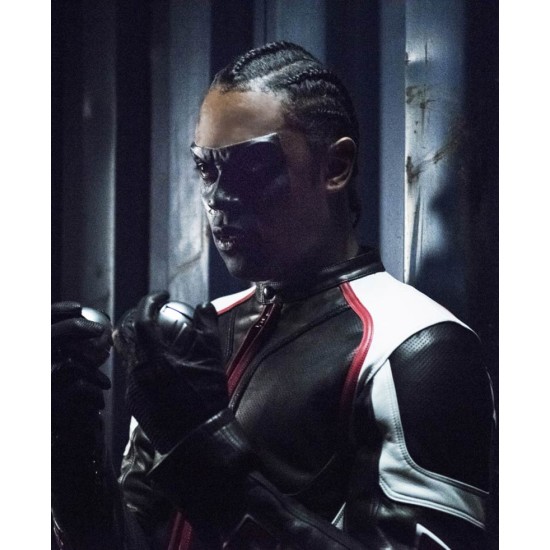 Made from high class genuine leather Mr Terrific Jacket will decorate your façade and you will be the most charming personality of a gathering. You have never been dressed just like this apparel . the combination of black and white shade has formed winning appearance. On the other hand pink piping is given on frontal shutting and upper part. It will also make you fascinating. The snap tab collar of striking Arrow Mr Terrific Leather Jacket is nice. Rayon comfy lining is added internally. Original YKK zip is used for the front closure. No pocket is present at all. The important feature is the text “Fair Play” which is printed on the left sleeve in red color. Every sleeve is full in length and fit in style. White pads are given on both shoulder and white stripes are present on sleeves and front. The cuffs are in snap tab form. Mr Terrific Jacket is the inspiration of television series named as “Fair Play Arrow Dangerous Season 5”. Best actor and comedian Echo Kellum has depicted the leading role of Mr Terrific in the same serial.

Add to Cart
Buy Now
Tags: mr terrific jacket , arrow , mr terrific , leather jacket , jacket
We use cookies and other similar technologies to improve your browsing experience and the functionality of our site. Privacy Policy.