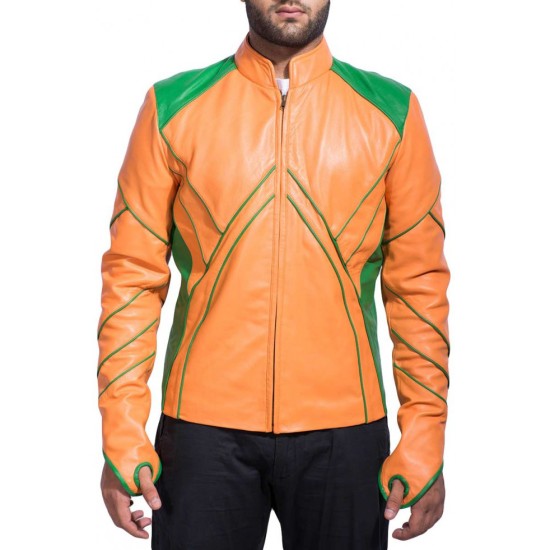 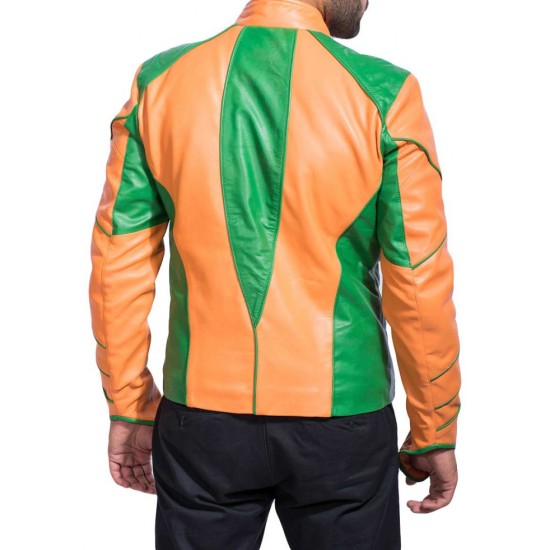 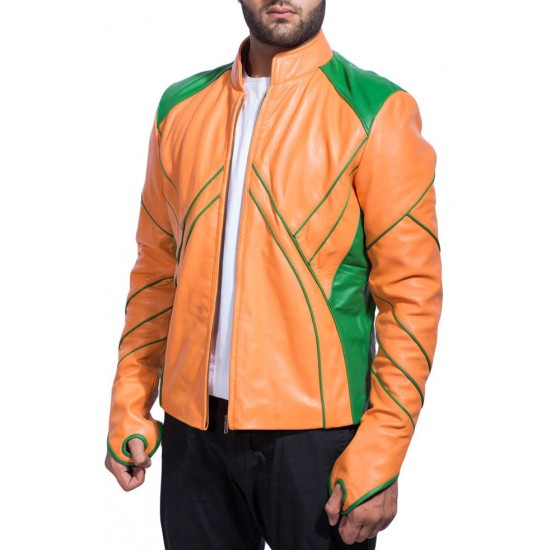 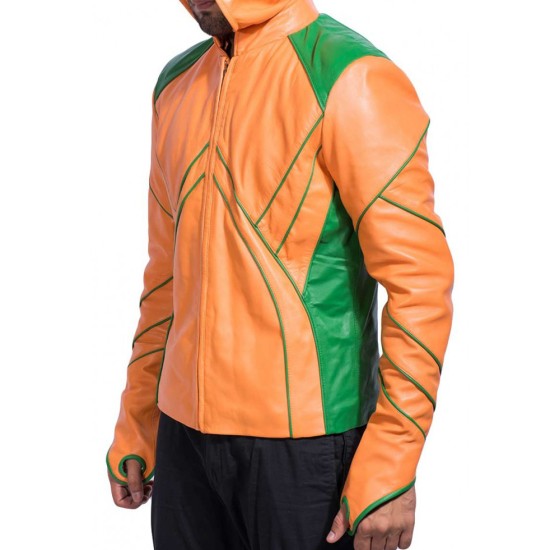 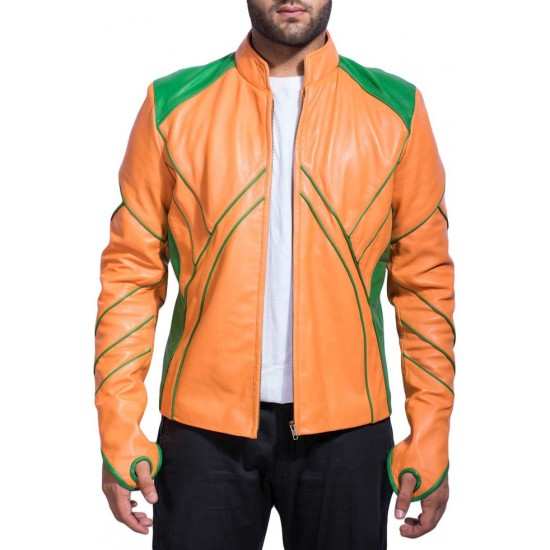 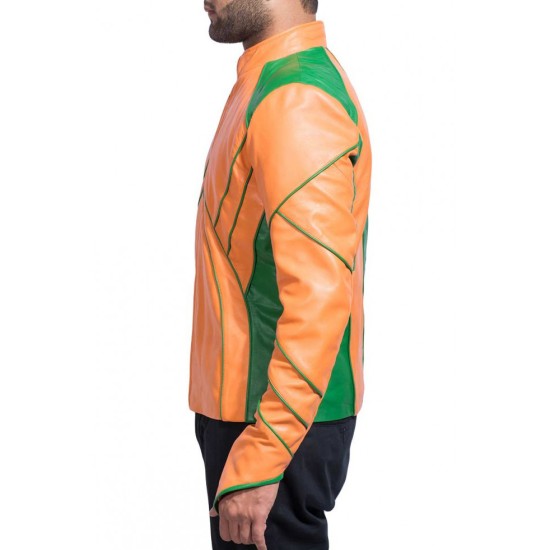 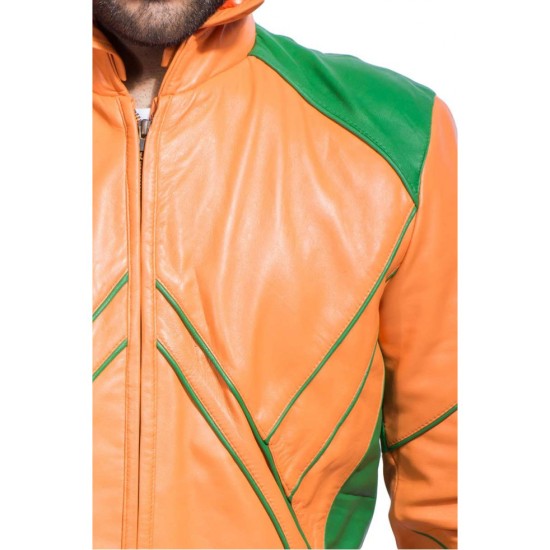 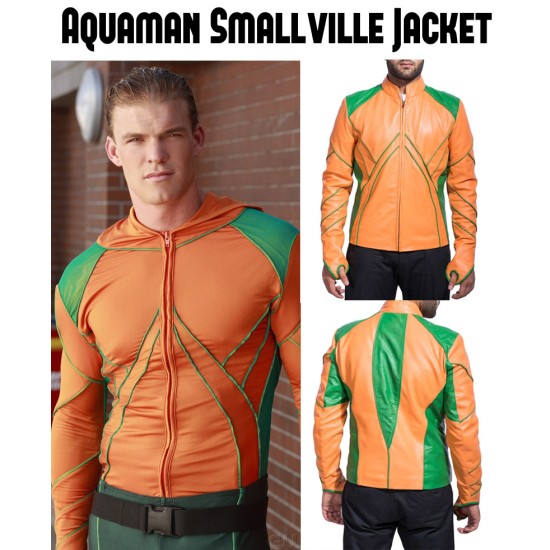 The Aquaman Hoodie is the perfect replica of the dress shown in the television series named as “Smallville”. It was a fictional series that has gained too much popularity among viewers. The Aquaman Hoodie is prepared from genuine leather or faux leather. The superstar Alan Ritchson wore it in the television serial and looked very impressive. After his appearance in the serial, all fashion lovers tried to get Aquaman Leather Jacket. It has hooded style but the hoodie is removable. The jacket is in strange color that is orange. It is a beautiful combination of orange and green shade. The inner quilted viscose lining has made Aquaman Leather Jacket comfortable. The front zipper closure is given in the outerwear and branded YKK zips are used. The straight collar makes you alluring. Two inner pockets are also included. The unique feature of the Aquaman Jacket is the green stripes on the dress and green patches on the shoulders.