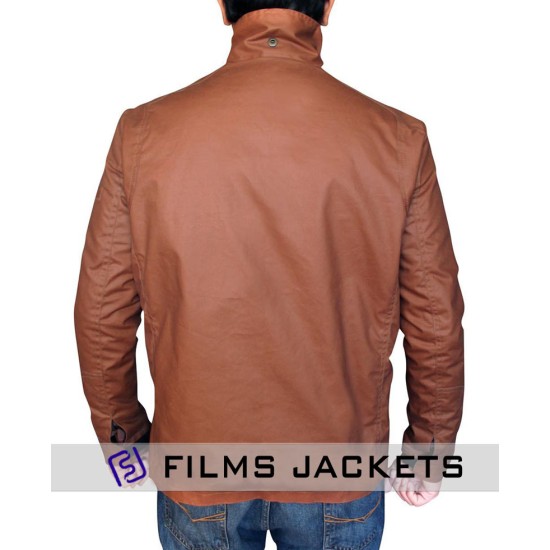 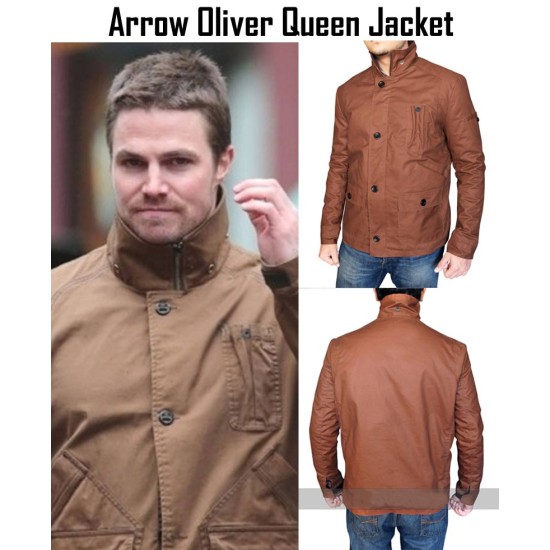 Beguiling Oliver Queen Jacket is the idea of famous television series named as “Arrow”. It was too much popular among people because of gripping stories and impressive appearance of the characters. Most wanted hero Stephen Amell has depicted the leading in the series and wore the same outfit. Those who copy the latest fashion appreciated it very much. Now it is known as a fashion statement. Entrancing Oliver Queen Brown Jacket is manufactured from high quality cotton fabric which is very comfortable and relaxing. Inside of it the soft rayon lining has been added. Magnetic brown shade is very appealing. One pocket is given on left chest whereas two side waist pockets and two front flap buttoned pockets are also added. The important feature of the outerwear is the high neck collar with zip makes you engaging. Stephen Amell Arrow Brown Jacket is very hit like the drama serial. Front shutting is given with buttons. The sleeves are large in measurement and have slimmer look. One more pocket is also present on left arm. Open hem cuffs are looking phenomenal in sleeves.