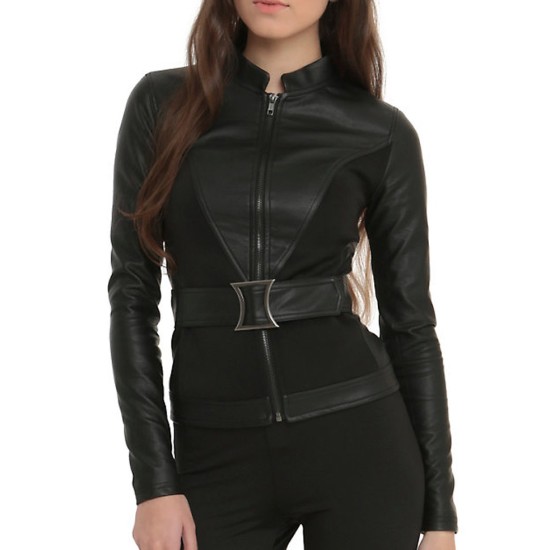 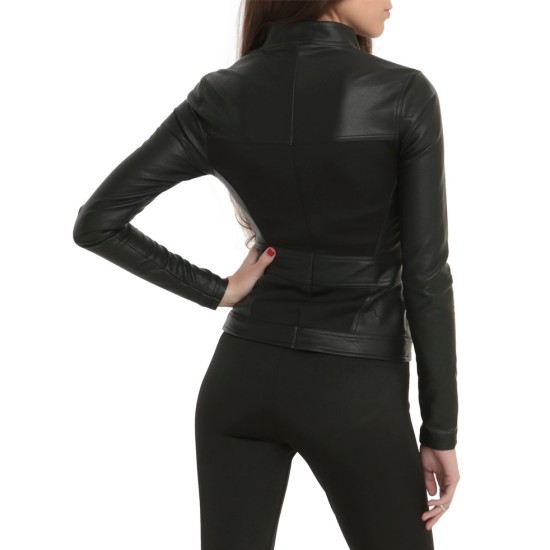 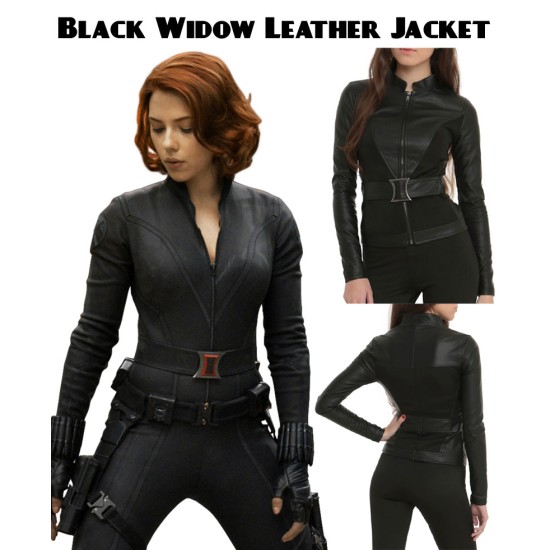 The ladies are very choosy about their dress because they do not want to compromise on their appearance. The Black Widow Leather Jacket is a most charming dress of women. They like it too much and wear in special gatherings. They know that if they dress in they will be the center of attraction. The idea of the Black Widow Leather Jacket is taken from a movie named as “The Avengers”. It was a wonderful film in respect of story and the performance of the characters. It was worn by the super enchanting personality Scarlett Johansson. The movie was released in 2012 but still the Black Widow Jacket is known as the fashion statement. The slim fit design of the outerwear makes you very attractive among people around you. The front zipper closure gives you facility of easy wearing. The standup collar of Black Widow Jacket looks fabulous and it is liked by the women too much. To make you smarter the waist belt is present with buckle. If you want impressive look you must wear Black Widow Avengers Jacket.