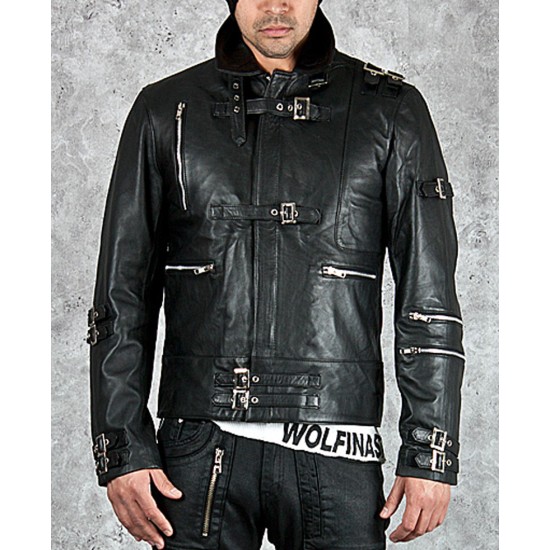 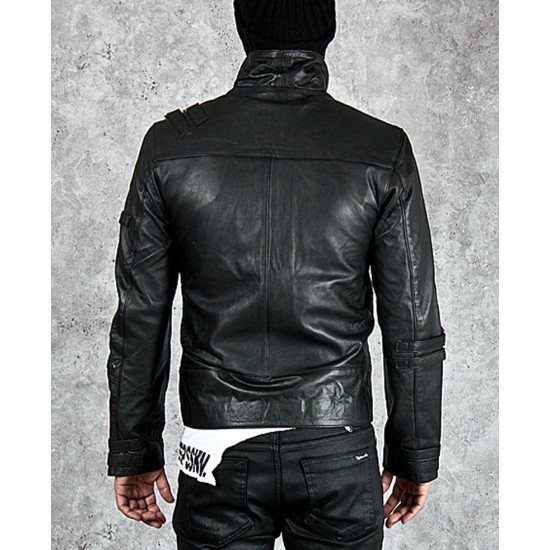 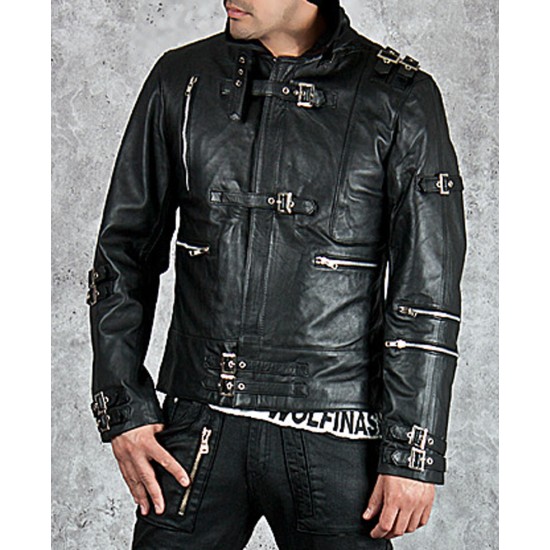 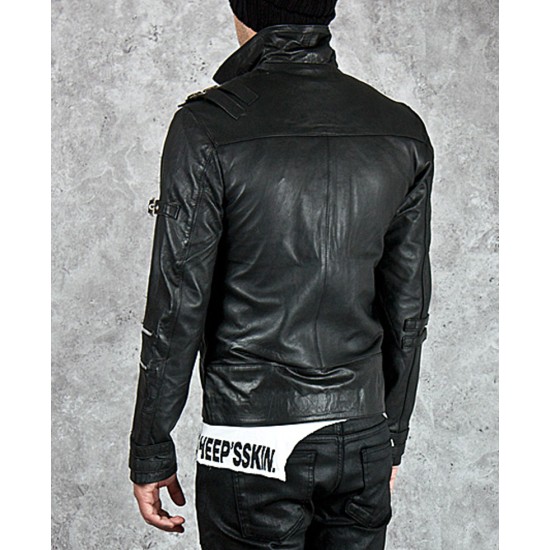 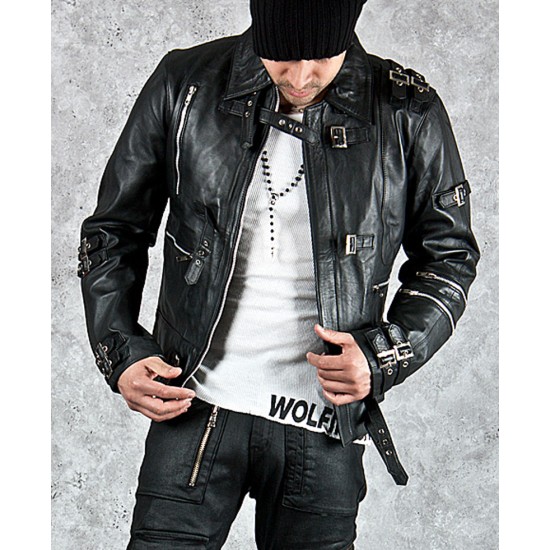 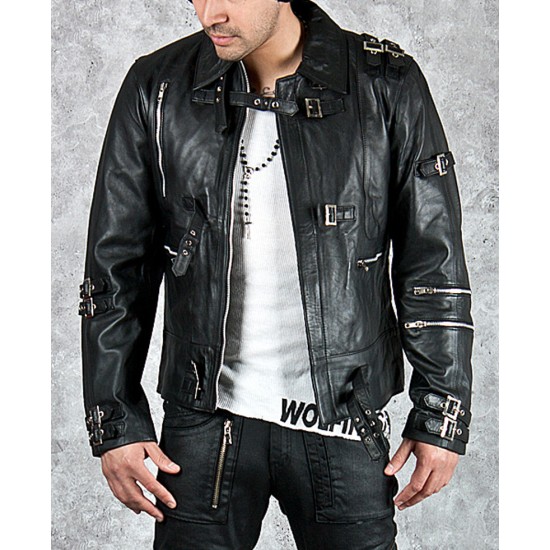 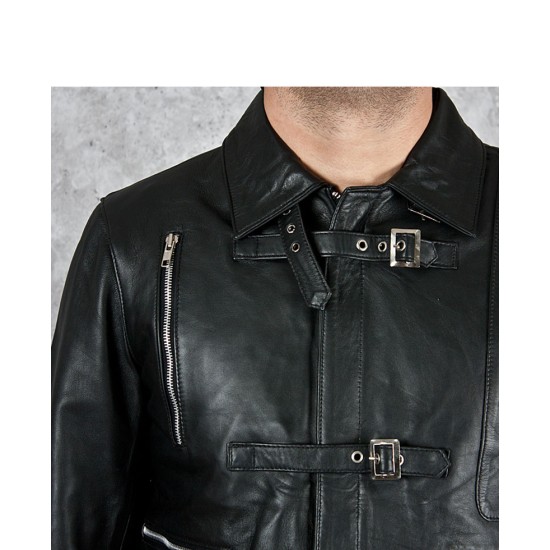 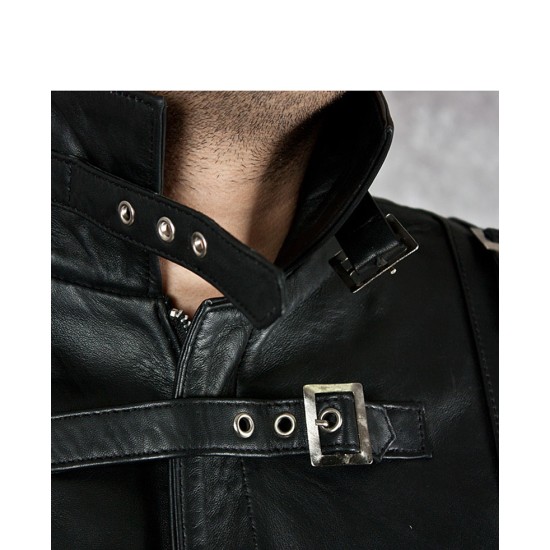 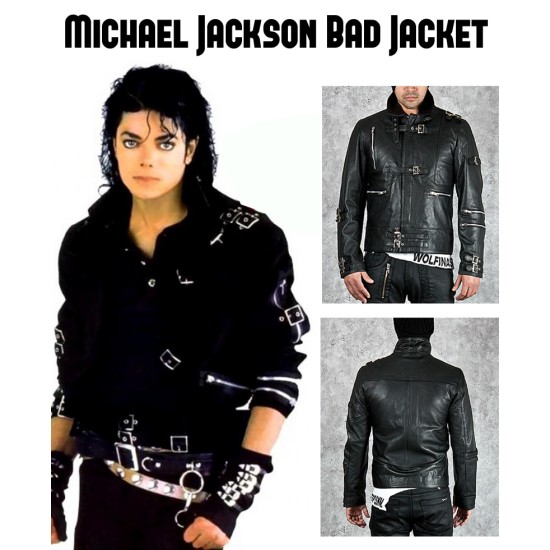 If you are bored from the present outer wear you have, just replace with Michael Jackson Bad Jacket because of its outstanding and super appealing look. The top quality Cow Leather or faux leather is used in the preparation of the Michael Jackson Bad Jacket. The tempting black shade and belt closure have given unforgettable appearance. The belt closure is in a different style. There are four belts in the starting of the Michael Jackson Black Jacket; one in the middle and two on the front waistline. The branded YKK zipper closure is also provided. You will found fabulous designing of the belt and zips. Three belts are for the front closure whereas two belts are present on each cuff. Two belts are added on the left shoulder in vertical position. Two zips are also on the left sleeve of Michael Jackson Black Jacket. One zipper vertical pocket on the right chest and two horizontal zipper pockets are also increasing the charm. The shirt collar style and comfortable polyester lining are the main facets of the Bad Jacket. 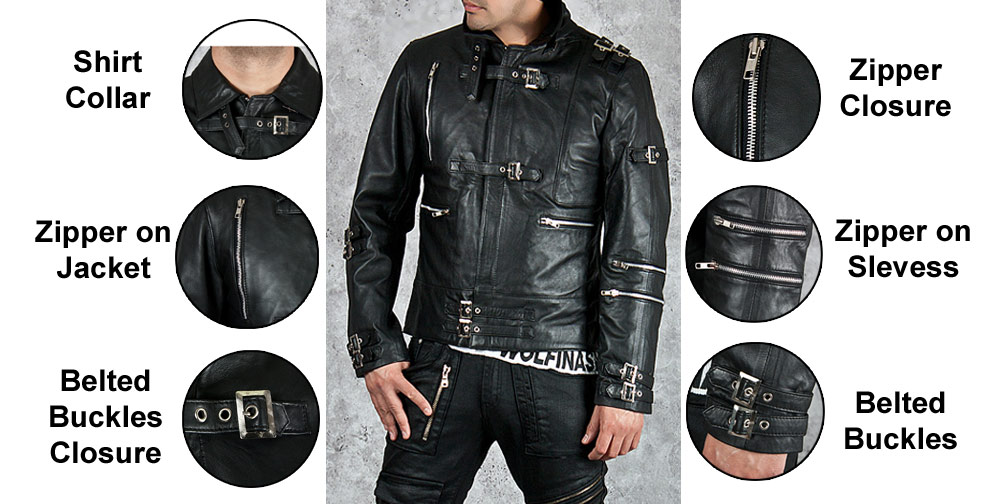 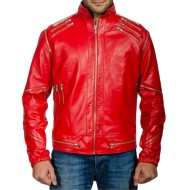 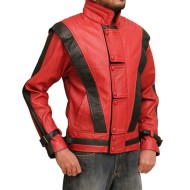 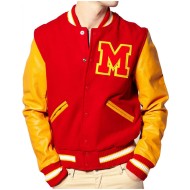 Michael Jackson Heal The World Jacket
Heal The World Concert Michael Jackson Satin Silver JacketThe super hit song heal the world is from Michael Jackson’s album called dangerous. Song has..
$119.00
Add to Cart
Add to Wish List Compare this Product
Buy Now
We use cookies and other similar technologies to improve your browsing experience and the functionality of our site. Privacy Policy.