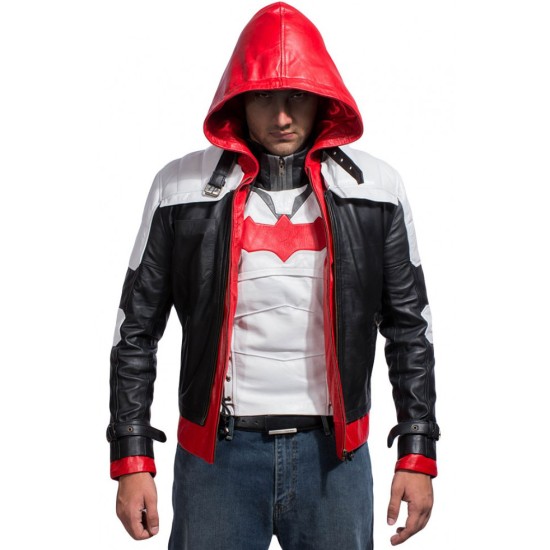 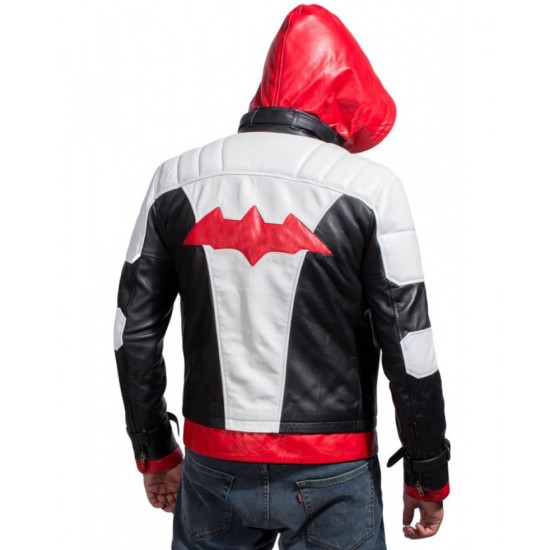 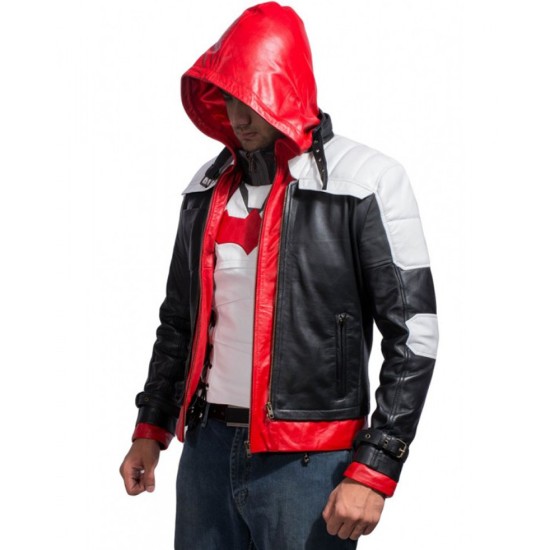 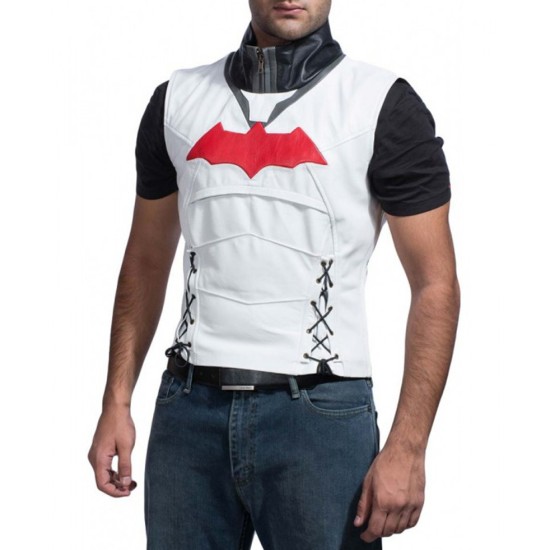 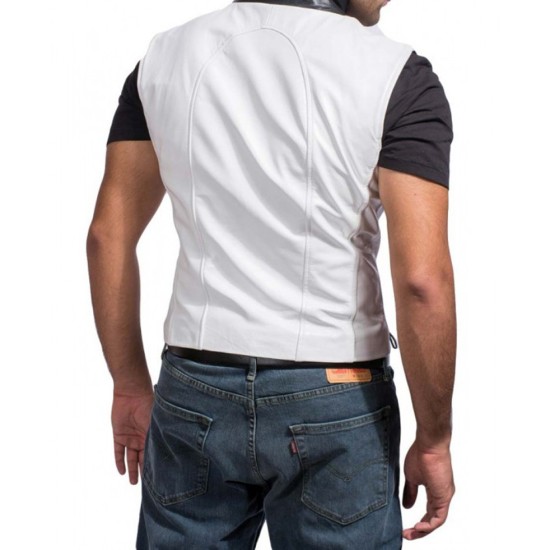 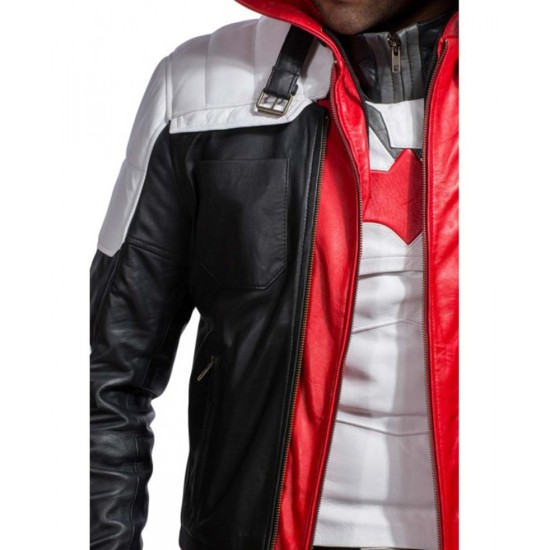 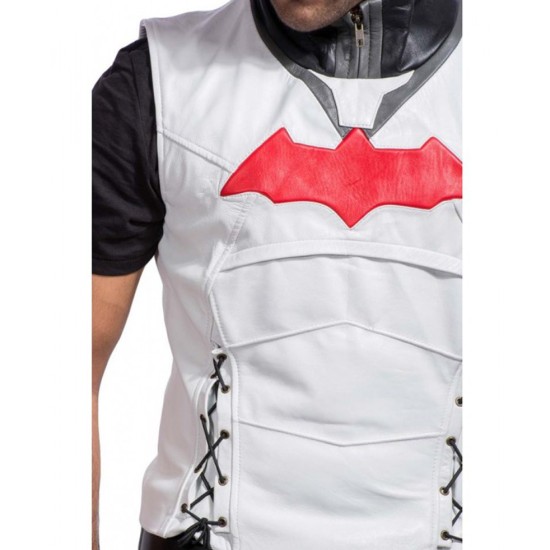 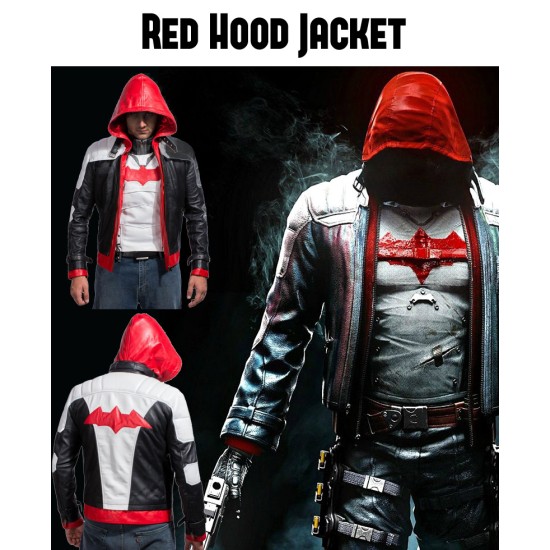 The Red Hood Jacket has been worn by the character of video game named as “Batman Arkham Knight”. The character Jason Todd has appeared in this outfit. The eye-catching appearance of Jason impressed everyone and the Red Hood Jacket became an essential part of the fashion industry. The game was released in 2015 and it was an action and adventurous video game that were liked by all and sundry especially youngsters. The Red Hood Leather Jacket is prepared from the top quality faux leather or genuine leather. The batman logo at front and back is the unique feature which is very stunning for the video game lover. The padded shoulders of Red Hood Leather Jacket give you comfortable feeling. Two waist and two side pockets are added in the jacket. The red hood on black and white jacket looks appealing. 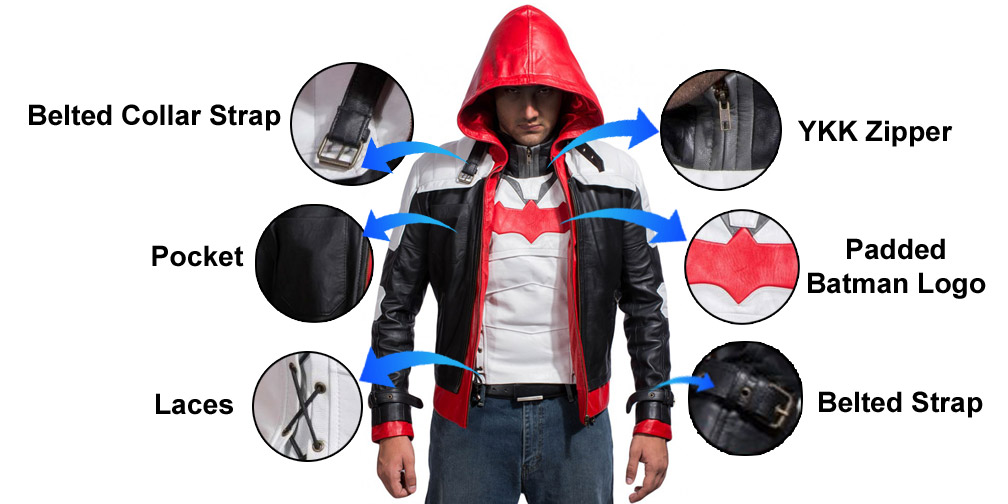 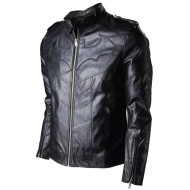